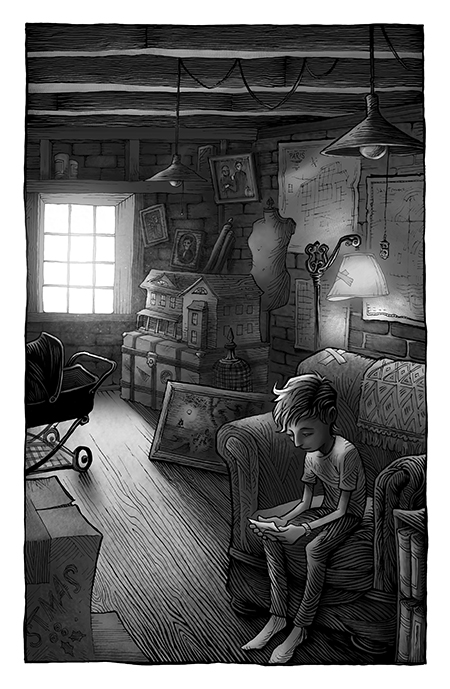 This was Henry’s absolute favorite place in the house. It was his go-to place to read, think, draw, and basically just escape his family. From the treasure trove of antiques he had found on his first expeditions up the narrow back stairs, he had cobbled together his own little office which he liked to think of as his very own study; a miniature version of the one two floors below that his father rarely left.