THE RABBIT HOLE AND OLD HARVEY 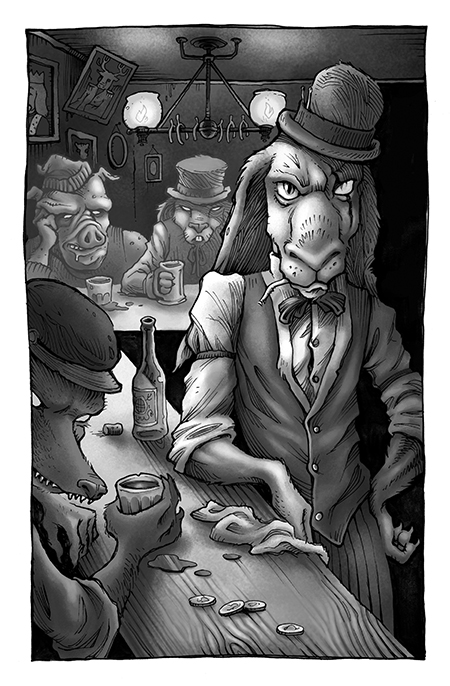 Henry hadn’t been in too many pubs in his lifetime, but he had a feeling you’d be hard-pressed to find a dingier, more grimy one in the New York he knew. Truth be told, McSorley’s Old Ale House, down the street from the shop, had its share of dust and cobwebs, but it was nothing compared to the filth that coated the room he now found himself standing in.