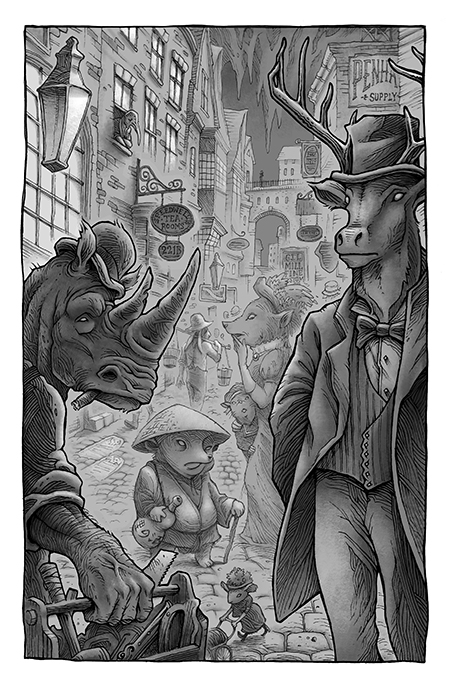 The first thing Henry noticed upon stepping out into the street that morning was how many denizens of Downtowne were out and about compared to the previous evening. What the night before had been a ghost-town, today looked like the hustling and bustling cosmopolitan city that it was patterned after from high above.