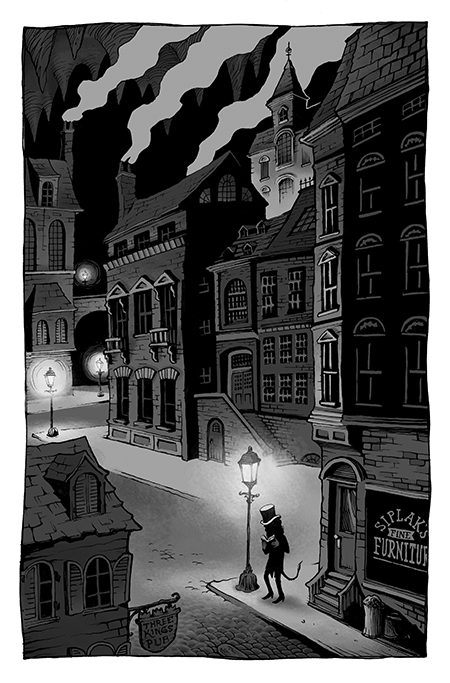 Augustus held his breath as he flipped through the pages, frantically scanning the dates at the top of each until he found what he was looking for. When he had finally reached the dates in question, he raised the book into the streetlamp’s glow and read the pages as fast as his old eyes would allow.

What he read made his blood run cold.