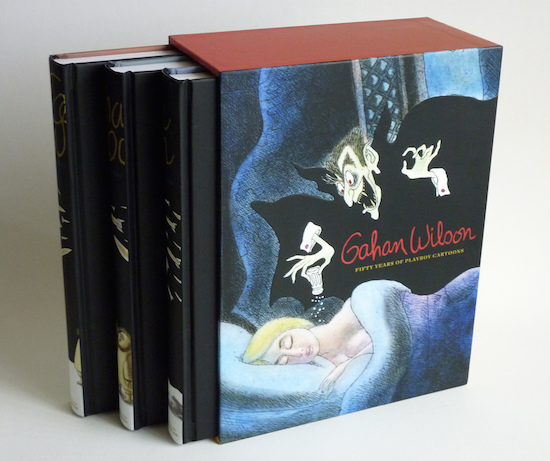 Editing to an Image

When designing art books, no single image can ever summarize the character of an artist’s oeuvre. In the case of Gahan Wilson’s collection of 50 years of Playboy cartoons I was further bound by the need to push that magazine’s sexy image despite the fact that Wilson’s world is patently grotesque. Using the lone titillating image among a collection of monsters and outcasts was enough to meet contractual obligations for the front cover, but more cartoons on the back wasn’t going to awaken anyone to the breadth of off-the-wall, gallows humor inside. In a phone call to the artist I sought a way to draw more attention to the back cover than the front.

With the generous talent of photographer Seth Kushner, my solution was to capture the man himself. To literally trap Gahan Wilson in this book of his own morbid creations. The backside of the slipcase collection is a transparent window showing his 70-year-old mug on the back cover of each of the three volumes within, increasingly distressed, his breath condensing on the glass. Not only is it a jolt for the book browser, it perfectly summarizes the cartoonist’s uncomfortable genius. 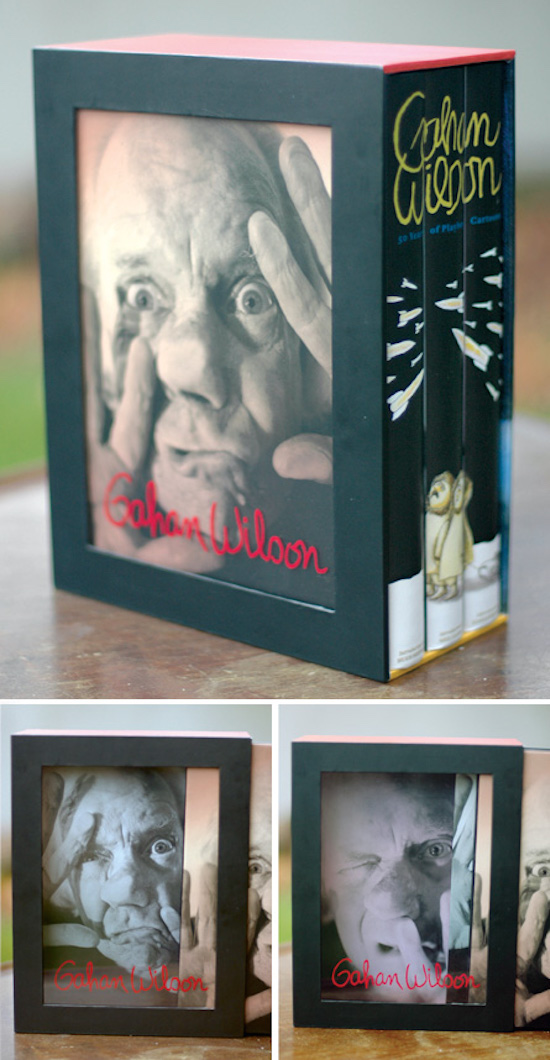