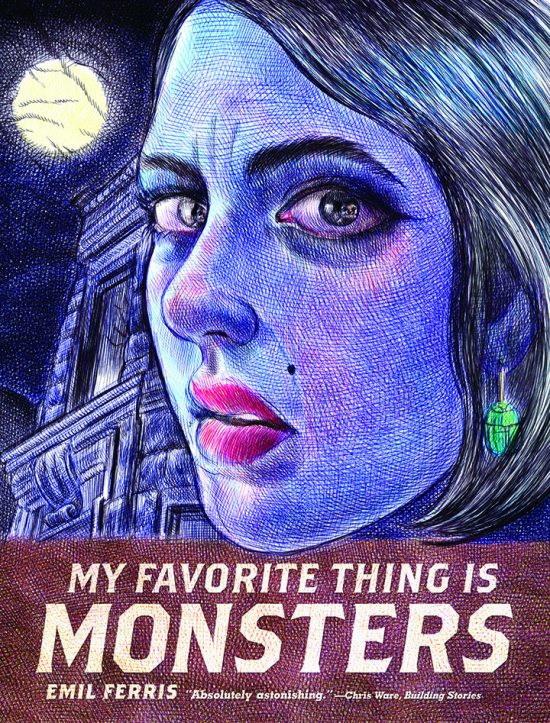 Sometimes good design is just good art direction, as my simple typesetting here does very little work. My Favorite Thing Is Monsters is a literary comic about monsters in their true form, the interior life of human beings. The protagonist is a young diarist who sees herself as an outsider and is portrayed as a werewolf in an otherwise human world, but coupled with that title it becomes problematic to show the protagonist. The casual viewer would lose the nuance — it may appear to be a simple book of monster drawings (as shown in the artist’s proposed cover).

I pulled imagery from the book for use as a solicitation cover that would later be redrawn by the artist. The solution here evokes mystery from the gaze of the woman around which much of the story pivots. Showing humanity in a gothic setting more powerfully sells the real story being told. The title is more compelling as it’s less redundant, and the extraordinary craft of Emil’s ballpoint pen drawings does the heavy lifting. 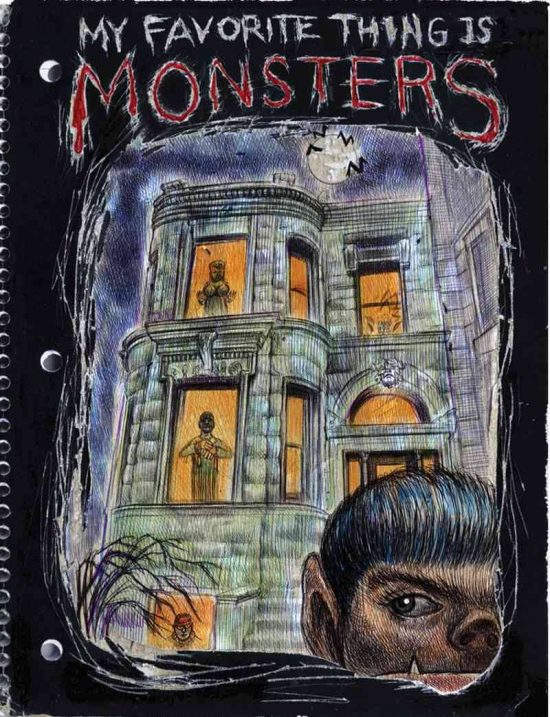 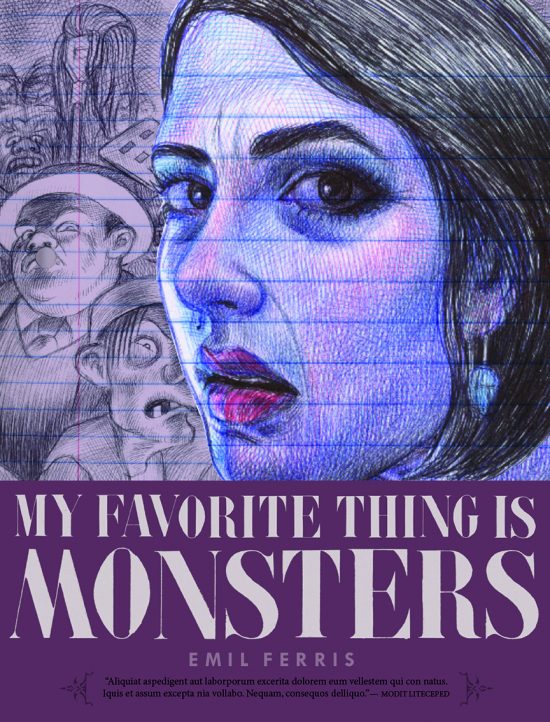