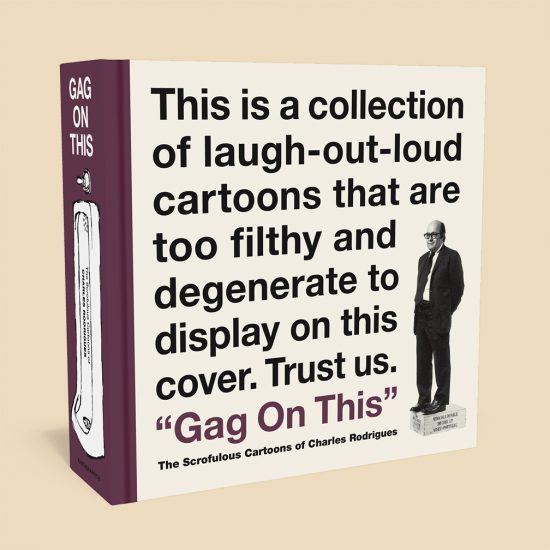 Graphic design is a series of visual problem-solving maneuvers. In the years before people discussed being politically correct, Charles Rodrigues made some of the most shamelessly cringeworthy and uncomfortably hilarious cartoons ever published. So how do you package the offensive?

One approach, which we’ll call the Coward’s Way Out, is to find the least offensive panels and put one of those on the cover—something merely absurd or juvenile. But in doing this you create a false message, indicating these are eye-rolling gags. They don’t signal a warning to the viewer of the wallowing deviance that is to come.

So perhaps the best way to package this work is to be unexpected on the face: Omit all images from this cartoon book cover and warn the reader away. It’s an old showman’s technique, of course, but with a twist. The barker’s “Most Shocking” has always been a letdown; the world-weary cynic perusing this book is sure not to be disappointed. 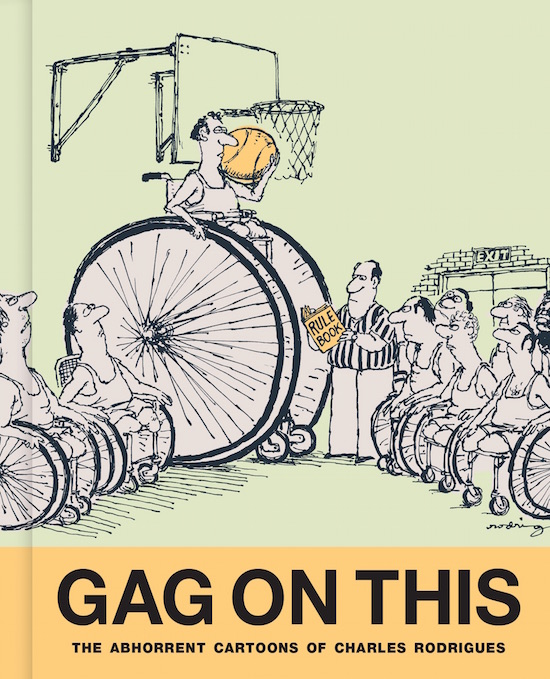 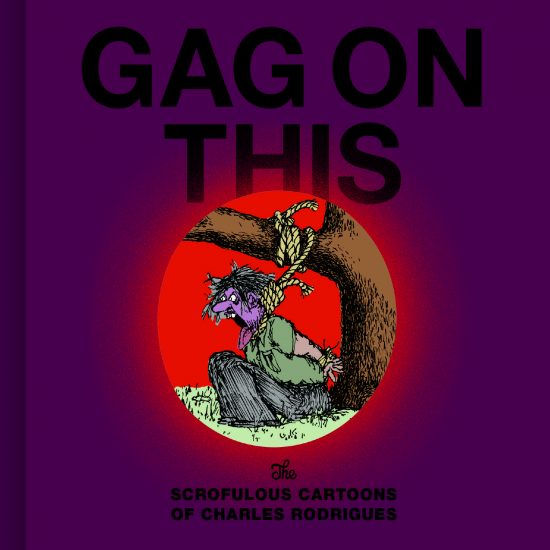