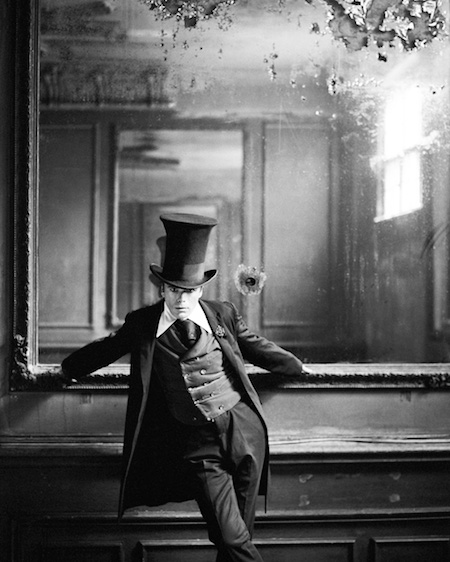 Stylish, wealthy, outrageous, the artist SEBASTIAN HORSLEY (1962–2010) was our Lord Byron. Bounced from the States on grounds of “moral turpitude”, it’s hard to know precisely what the puritanical customs officials objected to. It could have been his substance abuse, the frequent custom he gave to prostitutes, or the hint of blasphemy in the crucifixion he voluntarily underwent at the turn of the millennium. Maybe they’d just been waiting to get one back on the dandy world since Oscar Wilde’s “nothing but my genius” quip. Whatever the reason, they cannot have been seduced by the camp, wit, and generosity of spirit that packaged his personal shortcomings, best symbolized on the occasion he mailed a turd in a Tiffany box to an art critic. It’s his writing for which I’ll best remember him: in Dandy in the Underworld, his memoir of louche decadence, familial dysfunction and artworld kink, there’s a scene in which he excavates dry feces from his constipated bottom with a spoon. Not an image quickly forgotten. And then there’s the poem he opens with “I sold my bum in Soho” and his description of an impoverished and long-serving sex worker having a vagina “like a cow’s mouth”. It’s the tragic and repulsive glamour of it all. Horsley wrote romantically of suicide, seeing it as a free-willed triumph over nature, an act of dandyist rebellion, though his friends see his ultimate heroin-and-cocaine overdose as a fatal accident. In suicide, Horsley would have left a note. As it stands, he spoke about himself so frequently and so highly that we’re hardly stuck for epitaphs. A good one: “My fate lies not in the stars, but in a star: myself.”

On his or her birthday, HiLobrow irregularly pays tribute to one of our high-, low-, no-, or hilobrow heroes. Also born this date: Kool Moe Dee, Ronnie Biggs, Gene Deitch.