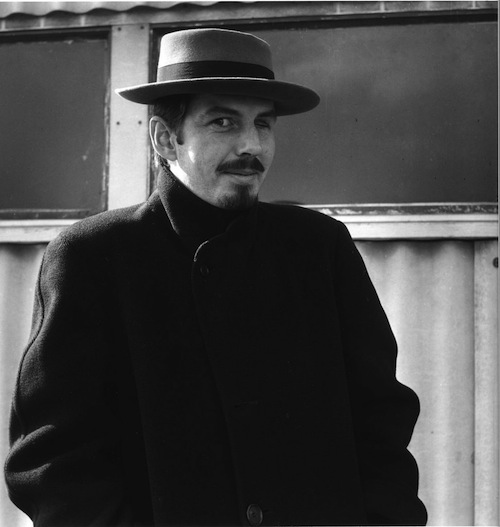 “I love the man’s work because of the honesty of its own darkness,” wrote Gilbert Sorrentino of ROBERT CREELEY (1926-2005) in the May 1970 issue of Poetry. “My failing perhaps.” Not a failing, but an influence to work through — as Sorrentino himself demonstrates, moving from the often Creeley-esque poems of Darkness Surrounds Us (1960) to satirizing Creeley epigones in his 1971 novel, Imaginative Qualities of Actual Things. Yet Creeley’s verse — important as its distillation of William Carlos Williams was to post-war anti-establishment poetics — is only part of the story. His vigorous 1950s correspondence with Black Mountain College’s Charles Olson comprises ten volumes full of both luminous and grasping detail. His Mallorca-based Divers Press (1950-54), funded by his then wife Ann, published a dozen titles, including books by Olson, Robert Duncan, Douglas Woolf, Creeley himself and — in its lone ornithological work — H.P. Macklin’s classic A Handbook Of Fancy Pigeons; and the seven issues of the Creeley-edited Black Mountain Review (1954-57) helped define that era’s avant-garde. In San Francisco, Creeley’s affair (1956-57) with Kenneth Rexroth’s wife, Marthe, rived the literary scene and afterwards incited Rexroth’s vicious criticism of Jack Kerouac, who had abetted the cuckolding (these events didn’t make The Dharma Bums). Elsewhere, Creeley wrote hundreds of empathetic essays, reviews and prefaces, including one for Paul Blackburn’s Against The Silences that might enfold his own often fraught achievements: “To make such paradoxic human music of despair is what makes us human to begin with. Or so one hopes.”

Photo of Creeley by Jonathan Williams

On his or her birthday, HiLobrow irregularly pays tribute to one of our high-, low-, no-, or hilobrow heroes. Also born this date: Henri Rousseau, Fats Waller, and Notorious B.I.G..