Film: Book 1, The Audience and the Filmmaker (1959), edited by Robert Hughes

Vilgot Sjöman’s I Was Curious: Diary of the Making of a Film (1968), translated by Alan Blair

Jens Bjørneboe’s Without a Stitch (1969), translated by Walter Barthold

Though he once wished to be a filmmaker, Barney Rosset’s substantial movie-related feats would be elsewhere than behind the camera. In 1948, he produced Leo Hurwitz’s landmark anti-racial discrimination documentary, Strange Victory (see Into the Grove #11) and later, he commissioned, produced and shepherded Samuel Beckett around New York for the Irishman’s lone cinematic work, Film (1965). As a publisher, Rosset issued a wide variety of movie books: biography, history, criticism, illustrated screenplays and movie tie-ins, including a remarkable congress of the underworld where hardboiled Philadelphia anti-hero David Goodis’ Shoot The Piano Player (original title: Down There) is blurbed by subterranean Brooklyn-boy Henry Miller. In 1967, Grove got into film distribution racket, scoring a hit with the scandalous I Am Curious (Yellow) and within a few years, offering a catalog with hundreds of titles, including both features and shorts.

Like the mooted message picture “O Brother, Where Art Thou?” in Preston Sturges’ Sullivan’s Travels (1941), some of these offerings were movies “with a little sex in it.” Consider the Fred Baker-directed Events of 1970, which Grove Press would publish in book form that same year. The picture, the paperback’s brief back cover copy offers “is about a young filmmaker, Ryan, who wants to make his own film, but who, in order to raise money, must first make some stag films…” Ellipses in the original, so I won’t spoil it, but really, given the subject, how bad can it be? Cast includes the Robert Altman and the ineffable Joy Bang who, with Andy Warhol’s Blue Movie star Viva, will memorably join Kris Kristofferson in 1972’s drugs, sex, folk music and corrupt Los Angeles police exploitation classic, Cisco Pike and… Well, you just gotta see it. 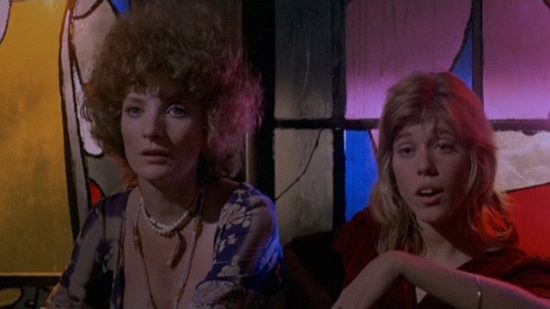 For additional context, I’ve included the Evergreen Review covers of 1968 and the first one dated 1969. While it’s common to denigrate the later magazine when compared to its earlier journal incarnation, Evergreen continued to offer a largely compelling mix of left-to-radical politics, cultural criticism, literature and a healthy dose of sex. Highlights often include journalism by Nat Hentoff and Jack Newfield, race war dispatches from Julius Lester and — even if Evergreen sometimes embraced titillation as an end — some of its covers were amazing. In 1968, this included issue #51 (February), with Paul Davis’ brilliant portrait of Che Guevera and issue #60 (November), where Edward Sorel savagely — and aptly — shows presidential candidates George Wallace, Hubert Humphrey and Richard Nixon astride Pigasus, the Yippie-nominee, in bandolier, pistol and helmet fleeing from the horrors of that August’s Democratic National Convention in Chicago. 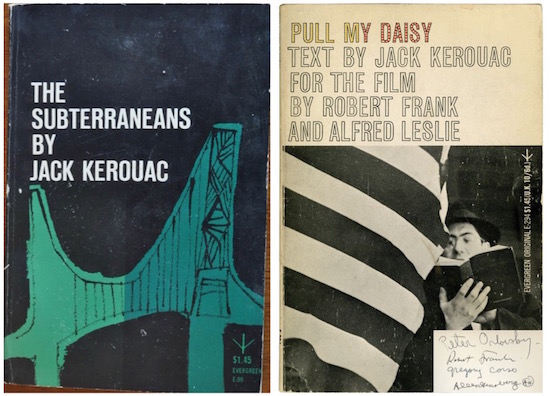 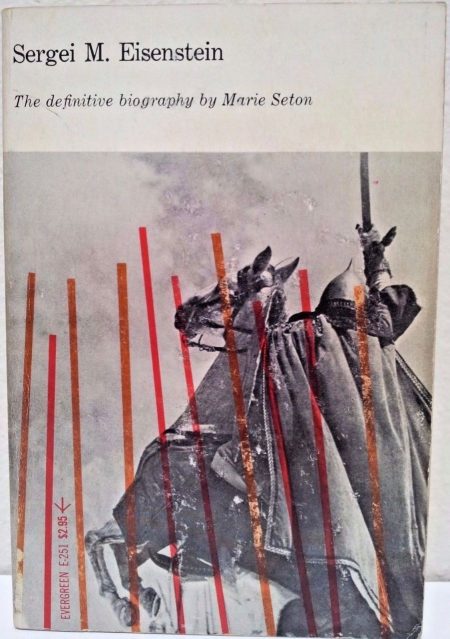 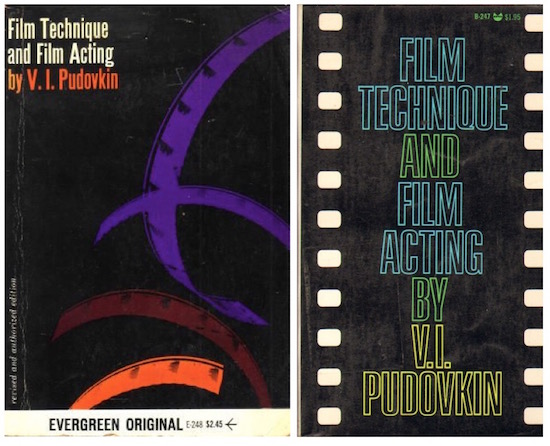 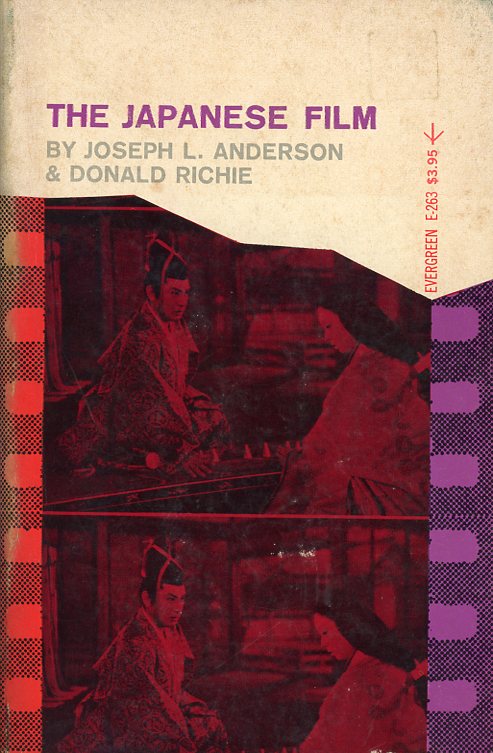 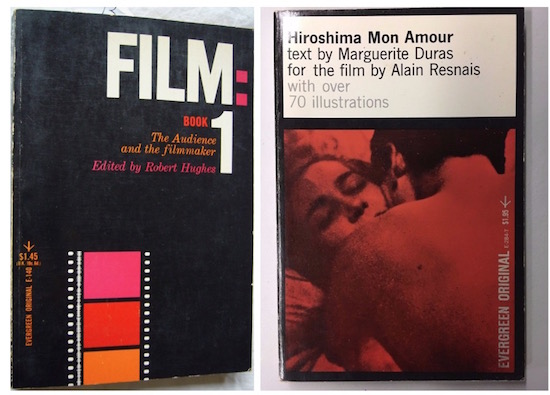 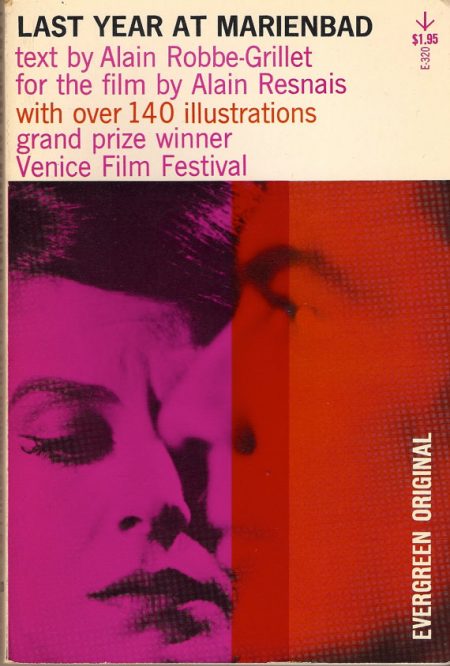 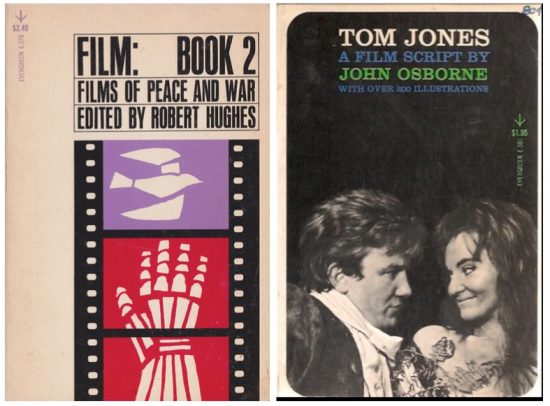 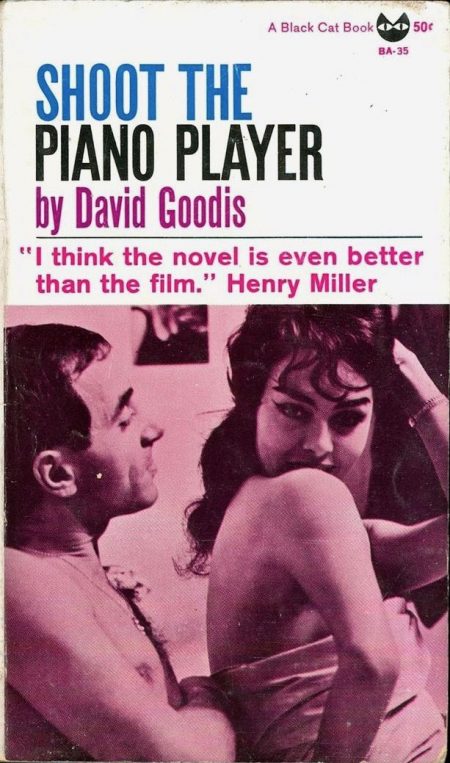 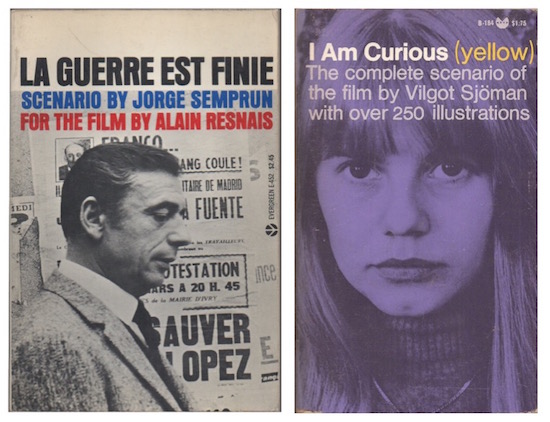 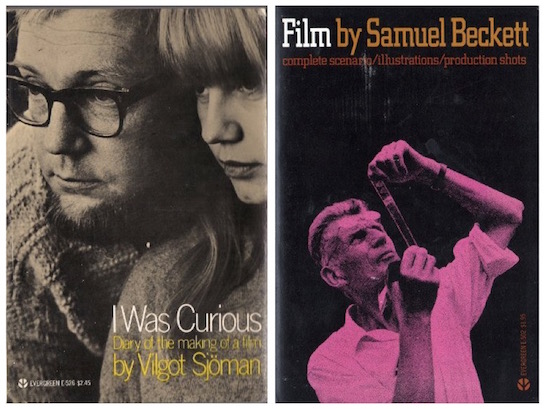 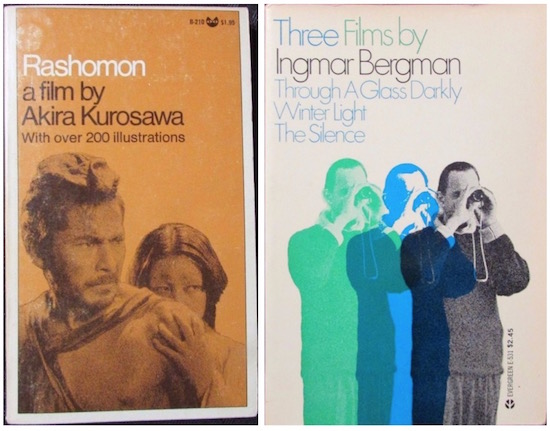 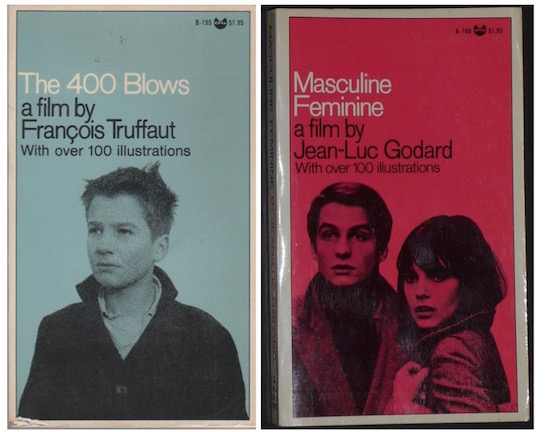 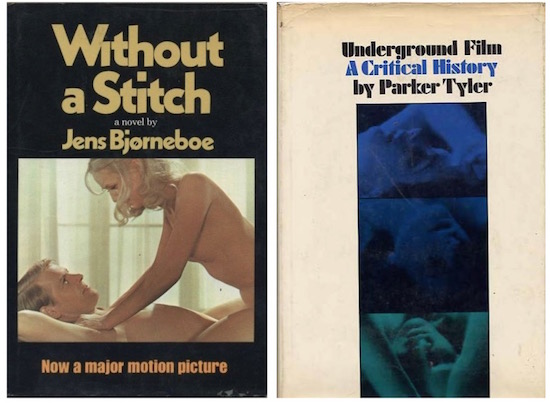 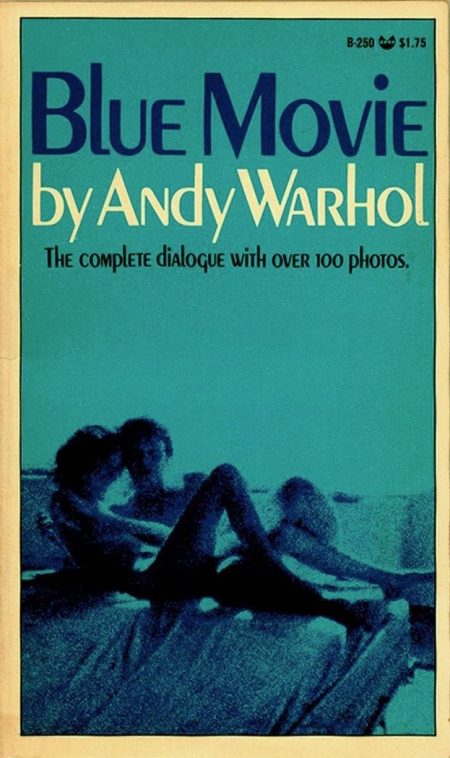 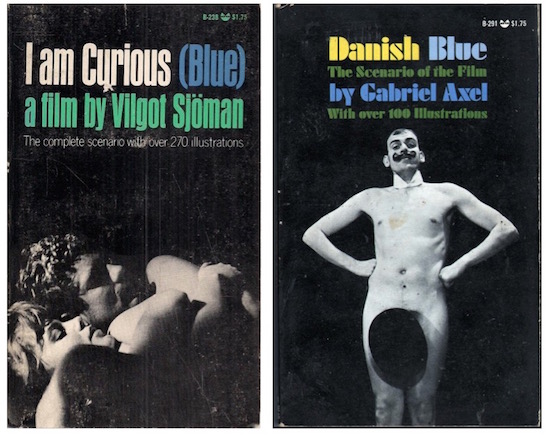 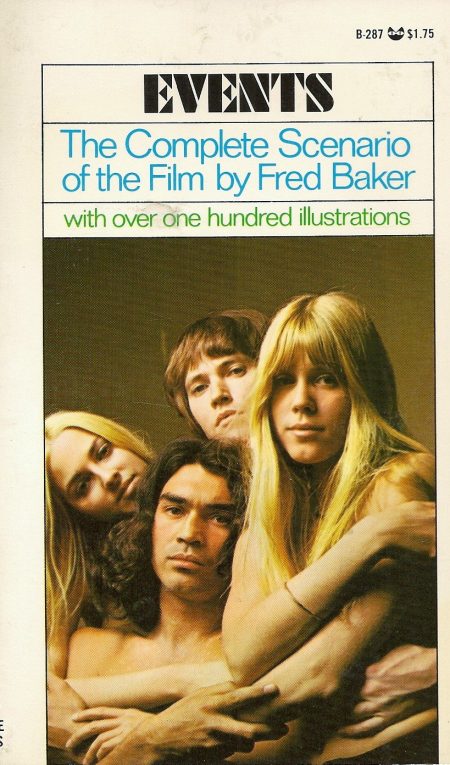 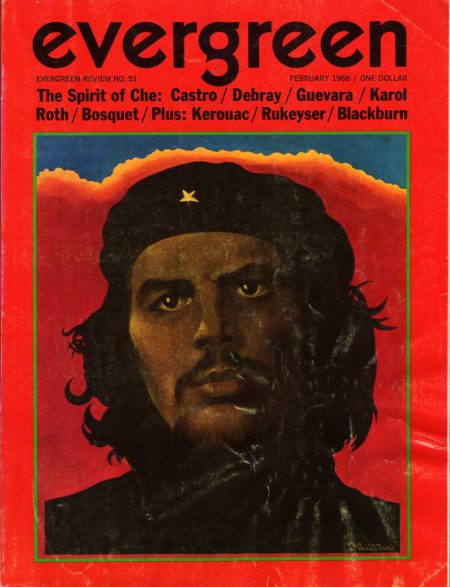 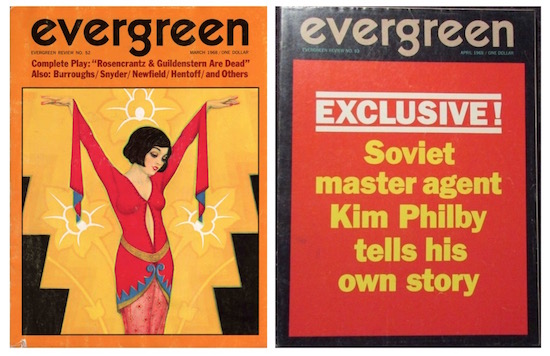 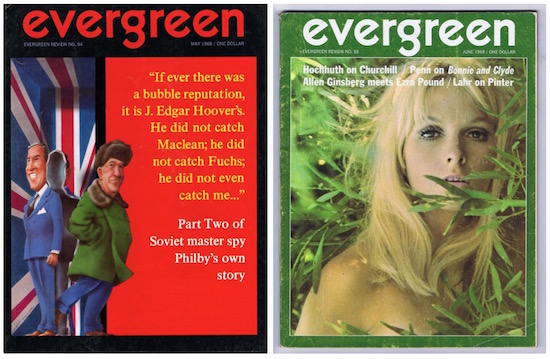 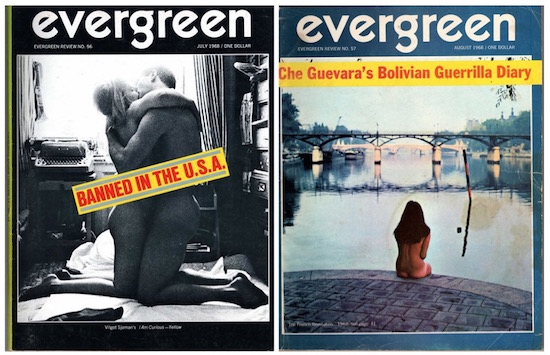 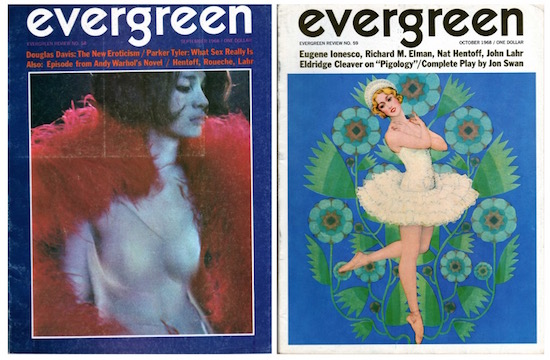 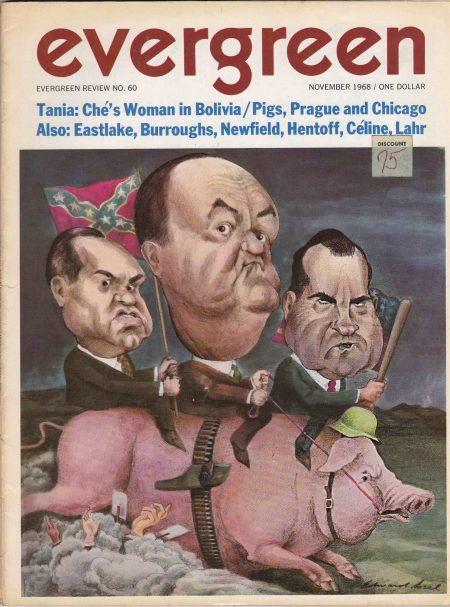 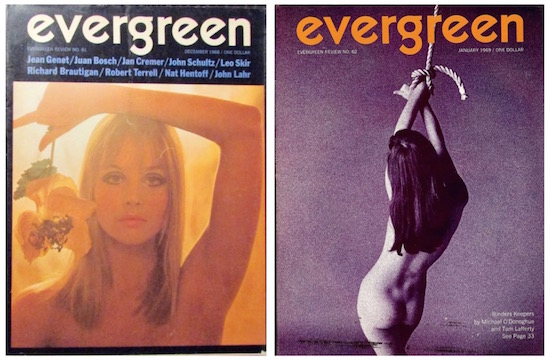