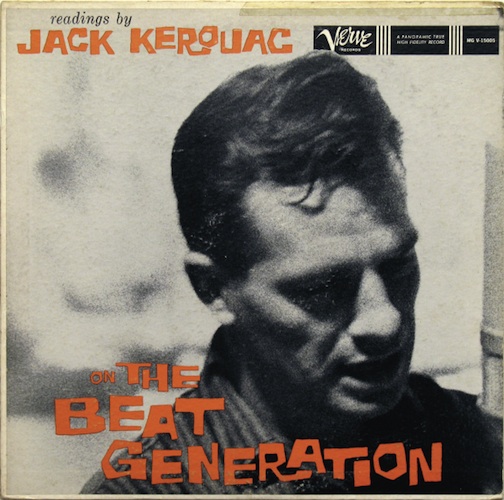 “He was a genius at the register of the speaking voice, a human voice talking,” wrote Robert Creeley of JACK KEROUAC (1922-69). “That he could do it in both poetry and prose interested me.” While this should be testimony enough to the true, towering stature of Keroauc’s achievement, more than half a century after On The Road (1957), his work remains divisive and misunderstood. Indeed, even fans dispute On The Road itself and though the infamous “scroll” version (actually teletype paper) published in 2007 astonishes, the original can still wallop, as the revelatory Matt Dillon-narrated audiobook proves. Of course, Kerouac’s influences (Melville, Joyce) and his publishing history are complicated. In brief, every book issued in his lifetime has merit and, of the posthumous works, Some of the Dharma (1997) and Book of Dreams (2001) are essential. If the heartbreaking Big Sur (1962) is Kerouac’s post-fame masterpiece — “one of the great great works of the English language” said Richard Meltzer — there were triumphs remaining. Towards the end of Satori In Paris (1966), a bittersweet search for his French-Canadian roots, Kerouac has a gleam: “It’s Saturday morning, I can be in Florida in time for the funnies at dawn when the guy placks em on my driveway!” And so, American again, he goes home to St. Petersburg to write Vanity of Duluoz (1968), a triumph of persistence recalling Ezra Pound: “A blown husk that is finished/but the light sings eternal.”

On his or her birthday, HiLobrow irregularly pays tribute to one of our high-, low-, no-, or hilobrow heroes. Also born this date: Steve Harris.