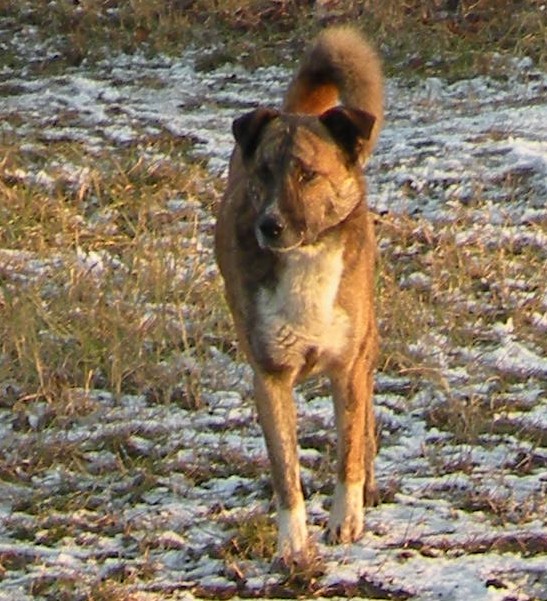 They are very wolf-like in appearance and colours, but smaller, and far less audacious than the Turkish. How they maintain themselves in the open country we have not learnt; but, subsisting like the street-dogs of Turkish cities, they make burrows in the ramparts, on the glacis, and other banks of earth on the skirts of towns, and even at St. Petersburgh, are prowling about in the night for carrion, and, in winter, inclined to molest the defenceless. We were told by a friend, long resident in the Imperial capital, that one evening he, and another British merchant, were obliged to go out to the rescue of a boy, sent with a message across the ice of the Neva, who was observed by the gentlemen to be beset by these animals.

—From The Naturalist’s Library: Dogs. Canidae or Genus Canis of Authors, by Lieut.-Col. Chas. Hamilton-Smith. Descendants of these Russian feral dogs ride the Moscow subway when they’re not busy raising a large proportion of the world’s feral children.