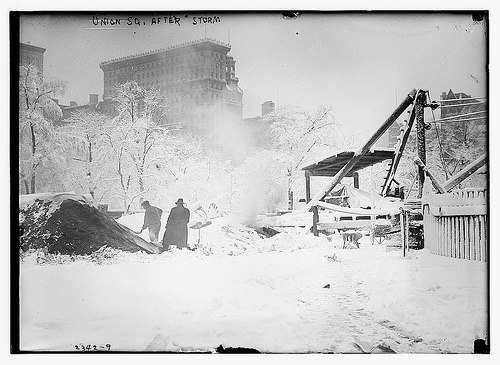 Before the sun dies and the Earth’s core cools, before the zombies tear down the skyscrapers and all the pages are ripped from the library books, our species may already have long withered away in a virtual dystopia of failing beauty, faux terrors, and digitally-rendered hopes. Or if not all mankind, at least Manhattan. Such is the bleak path Jonathan Lethem lustrously figures in Chronic City. His subtly ambitious eighth novel explores the extent to which the virtual shadows of our postmodern world, interposed and clanging, proliferate and intensify even as they begin to cancel one another out.

Here is a Manhattan in frozen form — wintry and stilled, as if taxicabs, car alarms, and investment banking are already undergoing a kind of heat-death. Where Lethem’s previous novels engage New York as a setting of memory and imagination, in Chronic City, Manhattan is almost a ghost town, not so much post- as peri-apocalyptic, the set of a zombified version of Seinfeld whose denizens are somnambulantly busy, exempt from the exigencies of avoiding disease or making money.

Earning a living certainly is no problem for narrator Chase Insteadman. A washed-up child actor, prematurely superannuated, he’s a midlife pretty boy afloat on residuals. Dimly aware of his surroundings and the urges and expectations of the people careening through his life, Insteadman is but flickeringly alive. He exhibits a kind of determined disinterest in engagement, literally as well as figuratively: his fiancée, Janice, is astronaut marooned in space with her glowering coterie of Russian cosmonauts by a Chinese orbital minefield. The tense crisis drags at the heartstrings of the public, and renews Chase’s place in the public imagination, a second chance he endures with knowing befuddlement. Chase seems as lost in space as his intended, dependent on the arrival of her letters from space to fill him in on the forgotten details of their affair.

But Chase trips over a warp in his personal space-time continuum in the form of Perkus Tooth — writer of CD cover copy, former culture-critic wunderkind, and one-time punk pamphleteering phenom, with a lazy right eye that seems to want “to discredit (his) whole sober aura with a comic jape.” The professorial left eye fixes itself on Chase, however, and won’t let go; and by degrees, Insteadman falls under the Tooth spell. Soon he’s holed up in Perkus’s rent-controlled redoubt at all hours watching obscure (and incidentally apocryphal) Werner Herzog films, listening while his host unleashes casuistic diatribes describing the undying brilliance of Marlon Brando, and consuming toxic quantities of marijuana — the latter supplied by Perkus’s dealer in lucite boxes labeled with their varietal names evoking a cracked consumerism: Funky Monkey, Blueberry Kush.

Pot, in Perkus’s world, is more than a balm or a mindblower; it’s a kind of muse; as much as Perkus’s compelling oddities, it attracts worshipful others into his orbit. In the reek of Perkus’s apartment, Insteadman is subject to the gravitational attraction not only of Tooth but other bodies: an angularly sexy, self-loathing ghostwriter; a delusional former revolutionary-turned mayoral apparatchik; an ethereal, evanescent presence of a homeless man. Together they are locked in an embrace of eccentric orbits, doomed to circle one another for eternity in the void of the Upper East Side — a social echo of Janice’s exile beyond the atmosphere.

At the opening of this review, I called Chronic City’s a subtle ambition because so much of the novel describes a series of languorous, pot-fueled hangout sessions — in the background of which the machinery of paranoia and destruction implacably close in on Chase and his oblivious friends. Everywhere they turn they’re met by false idols, beguiling, evocative, and empty. The New York Times is available in a “war-free edition”; an heiress dies and leaves a building of furnished apartments not for the homeless, but for stray dogs to live in. The southern end of the island is enveloped in a gray fog; its denizens come and go like ghosts, people of ash. Manhattanites churn up and down the stilled streets or through the empty corridors of power, seeking motivation or solace. In a Blakean touch, there’s a “tiger” on the loose — a monster of dubious provenance, perhaps mechanical, perhaps primordial, feeding on the city’s infrastructure — its nature and reality the subject of gossip and debate. Is it a real creature, a robotic earthmover run amok, or merely a hoax? But even this fantastic creature is for most a topic merely of remote and curious peril.

Novels, with their elaborately detailed other worlds, could be said to be modern culture’s first attempt at virtual reality. But we somehow don’t expect them to be able to handle the dislocations of digitally enhanced life. The universe in which text messages fling themselves from device to device, in which our avatars fly over metastatic landscapes of museums and sex clubs and crystalline shores, I’ve been told, is like a universal acid for the realm of fiction. But Lethem dramatizes that corrosive aspect of virtuality with diffuse precision, a kind of sleight of hand. The Internet is never named in Chronic City, but it’s present as a source of obsession, endless distraction, and for some, brilliant success. Called Yet Another World, the virtual realm that catches the characters’ fancy is no mere Second Life, but one more in an infinite regression; once lives start budding and dividing like yeast cells, there’s no stopping them.

But it’s not just the wired life that causes dislocation — words themselves are just as tricky. “All language seems this way,” Chase observes late in the novel, “a monstrous compendium of embedded histories I’m helpless to understand. I employ it the way a dog drives a car, without grasping how the car came to exist or what makes a combustion engine possible. That is, of course, if dogs drove cars. They don’t. And yet I go around forming sentences.” By this point in the novel, this is an unnervingly familiar evocation of the experience not only of language but the chronic city.

In the end, even nature — the fleeting presence of which, in the form of a flock of birds or the keen senses of a dog, seemed like something of a still point — proves an unsystematic system, a clamor of perspectives “satisfyingly continuous in their asymmetries and divergences.” The aforementioned tiger, which for most of the novel looms at the edges of the action, begins toward the conclusion to strike — a machina ex deum now mechanical, now burning bright with animal authenticity. It’s but one of several ghosts in the machine, some called into being by one character or another, others haunting the works at their own bidding.

I’m familiar enough with some (by no means all) of the milieux Jonathan Lethem traverses — virtual worlds habituated by science fiction mavens, comic impresarios, and punk rock scholars — to believe in the syncretistic simulacrum he’s built in Chronic City. The knowledge that ours are nested worlds is a postmodern convention; that we might learn to inhabit these circles-within-circles with all the energies of love and kindness arrives as a kind of wisdom, a discovery.

Chase Insteadman, for his part, makes his discoveries too late. Perkus slips down a wormhole. The truth about Chase’s astronaut intended, Janice, when it emerges, is both shattering and more than slightly implausible. But plot machinations are not the heart of Chronic City, which in the midst of its grim evocations does the rarer work of dramatizing friendship’s rare tenderness and bravery, its belated perfection.

A version of this essay appeared at the Barnes & Noble Review on October 14, 2009, in review of Chronic City by Jonatham Lethem. It appears here as the seventh in a series revisiting Matthew Battles’ reviews for Barnes & Noble.