One in a series of posts featuring pages from Hermenaut, a DIY intellectual zine/journal published by HILOBROW’s Josh Glenn from 1992 through 2000-01. 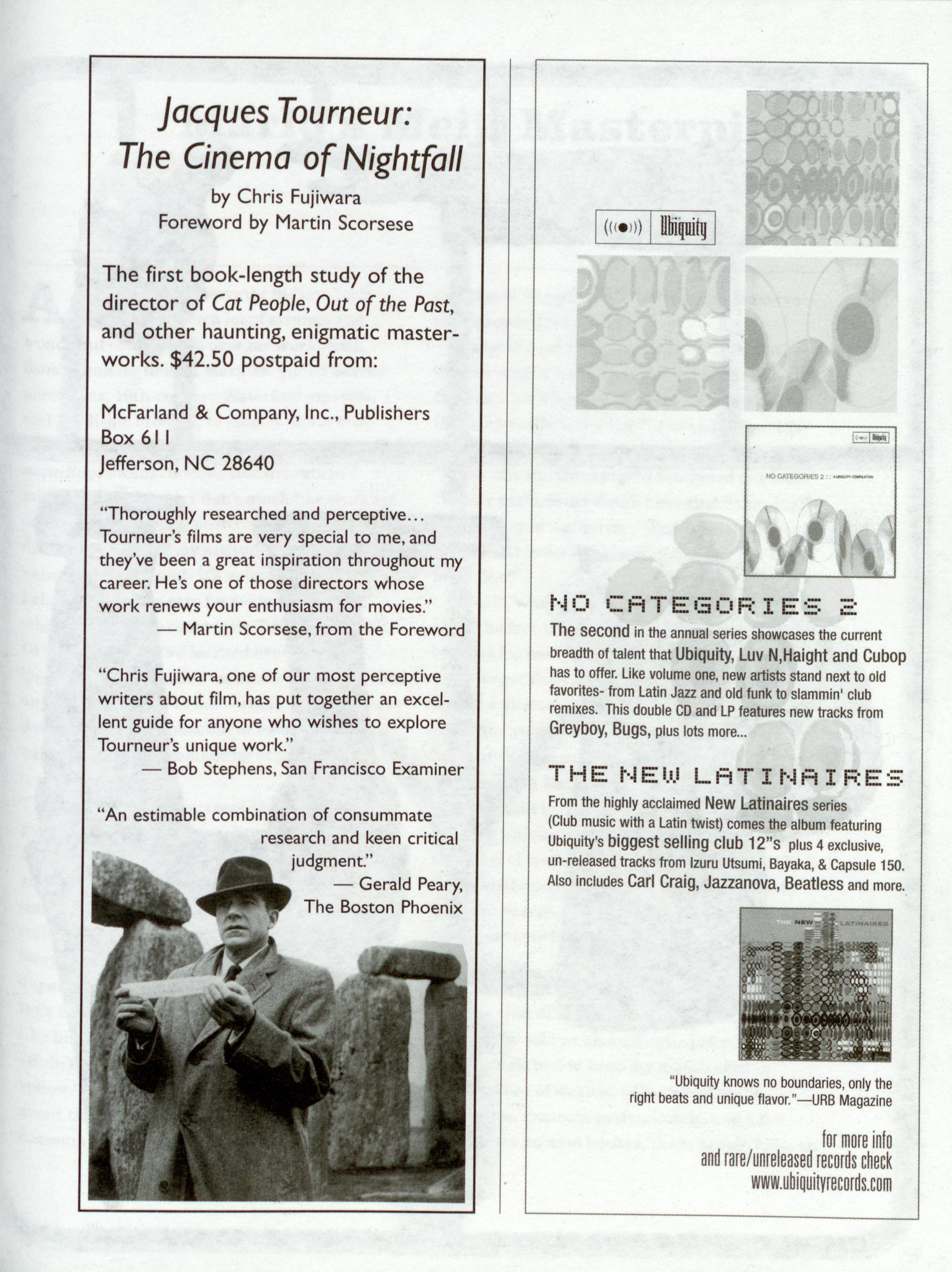 Somewhere Marshall McLuhan claims that a magazine’s advertisements are equally as important as its content — or at least, that’s my takeaway. I spent a lot of time, in my twenties, poring over back issues of successful American independent magazines — Rolling Stone, Playboy, Utne Reader, Wired (which touted itself as “the Rolling Stone of technology”). Magazines that helped subcultural movements break through to the mainstream. The advertising in such periodicals is crucial; it paints a landscape portrait of an aspirational lifestyle associated with the revolution. Conversely, the advertising in Harper’s, The Atlantic, The New Yorker, etc., has always been a disappointment to me. It’s a pleasure to revisit advertising from Playboy and Rolling Stone; not so with ads from The New Yorker.

Anyway, we worked assiduously to include ads for our favorite publishers and record labels in the pages of Hermenaut — often offering deep discounts or free ad space to indie businesses we really liked. Richard Grijalva, who sold ads for the final two issues of Hermenaut, and who is now an ACLS Emerging Voices Postdoctoral Fellow with the University of Texas at Austin’s Center for Mexican American Studies, was instrumental in this mission.

The page shown here is from issue 15.