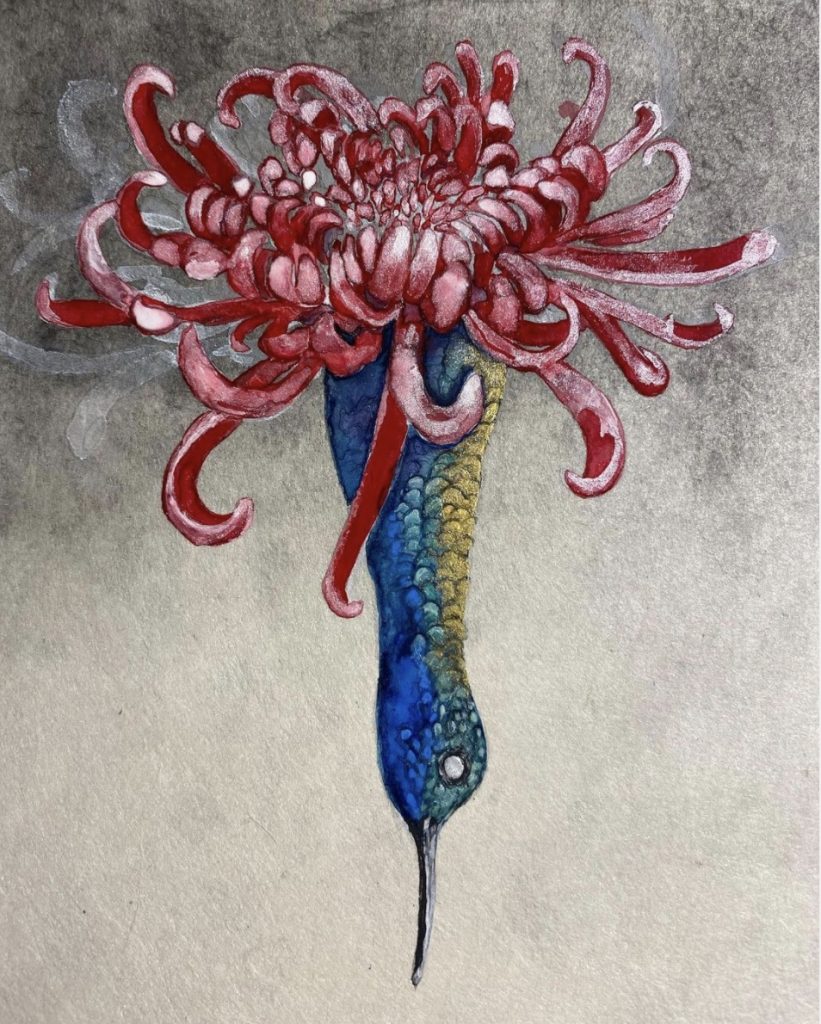 Japanese watercolor on Kumohada（雲肌-cloud skin) paper. This is what could be — after Nature as we know it is destroyed, and DNA compositions and species separations have been reconfigured. I imagine organisms such as flowers and birds entangling and forming hybrids to support one another, floating and existing calmly in outer space. Nature will continue to survive beyond us — in familiar yet new forms.