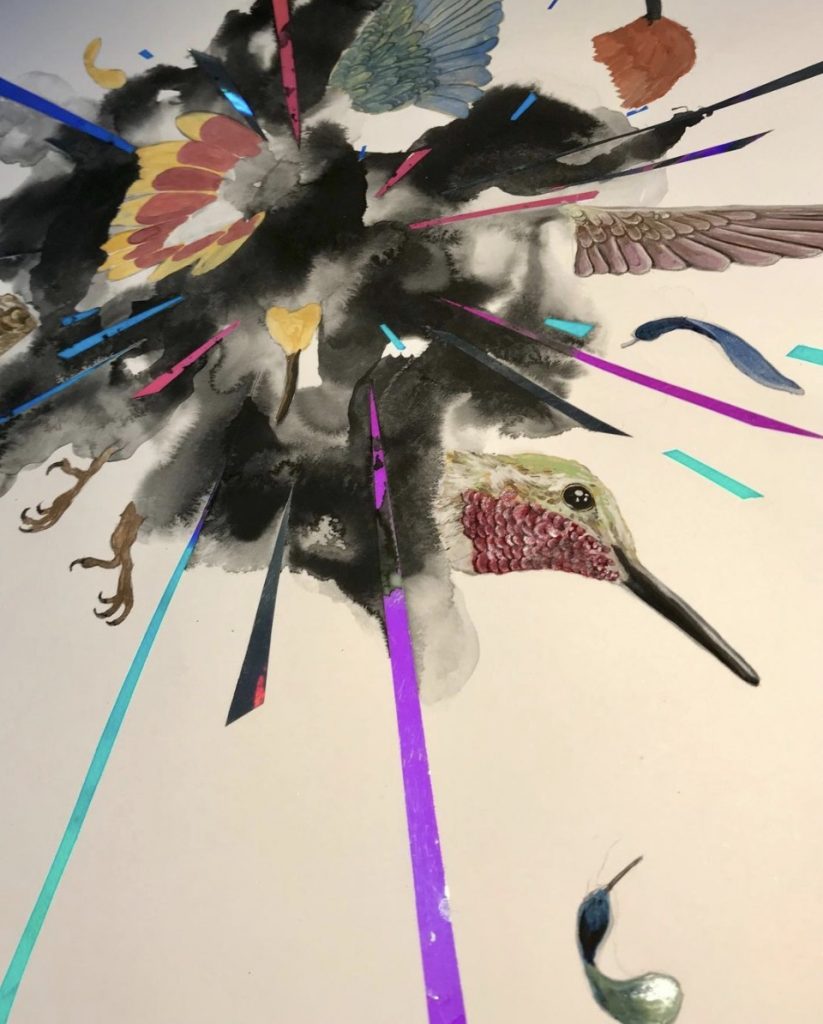 In “Winged Detonations,” I am imagining combustions in nature caused by the acute pressure of living under human domination, an absurd reality of extreme destruction and denial. I have always believed that hummingbirds, with their beauty, iridescence, fragility, and speed, possess special powers, and they often appear in my work representing Nature. So when these animals self-combust and explode, I am hoping to capture the fragility and destruction of nature.