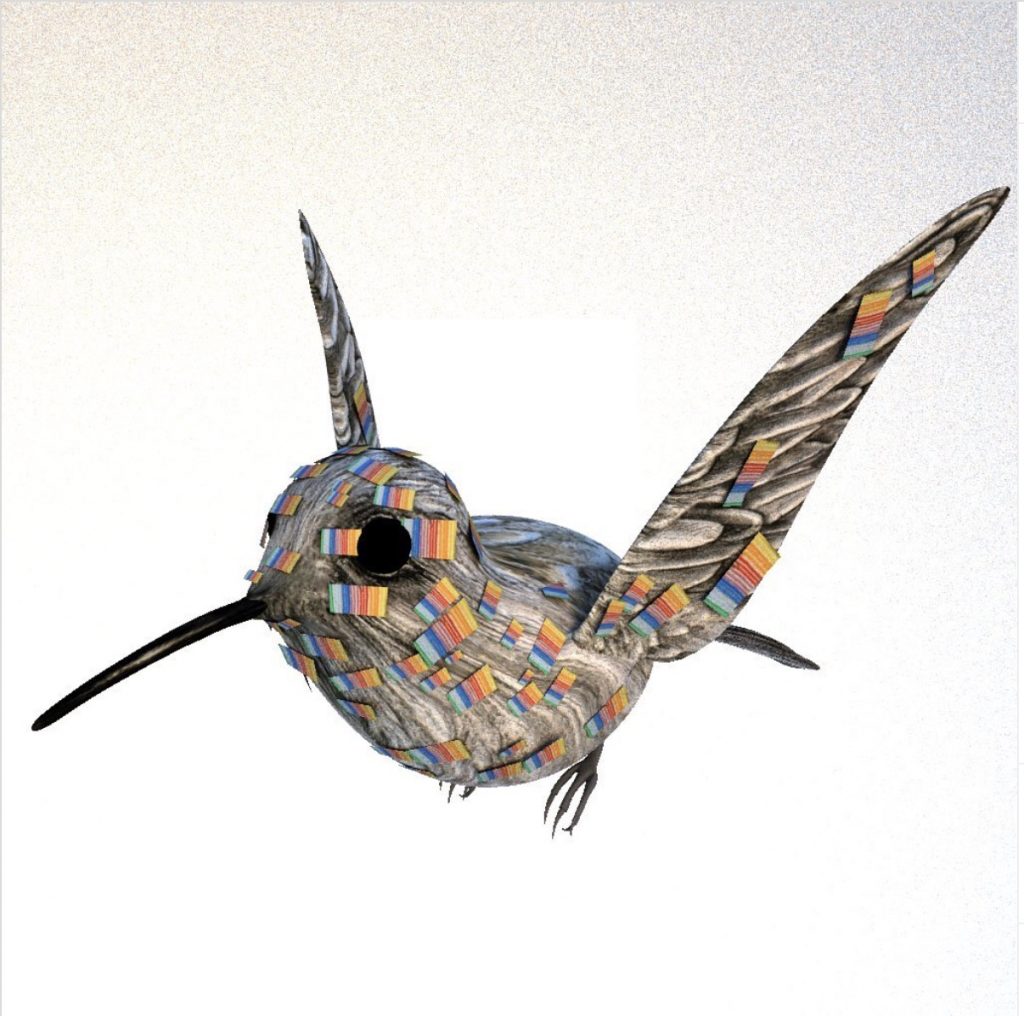 Here I am re-texturing a hummingbird that I have used in an animation in 2015 for a new animation (wip). I am using a black and white graphite drawing for the body’s base. I also added rainbow tags to its body in randomized spots. The rainbow tags signify an odd aberration on the bird — is it a mutation, infestation, or digital interruption of nature?