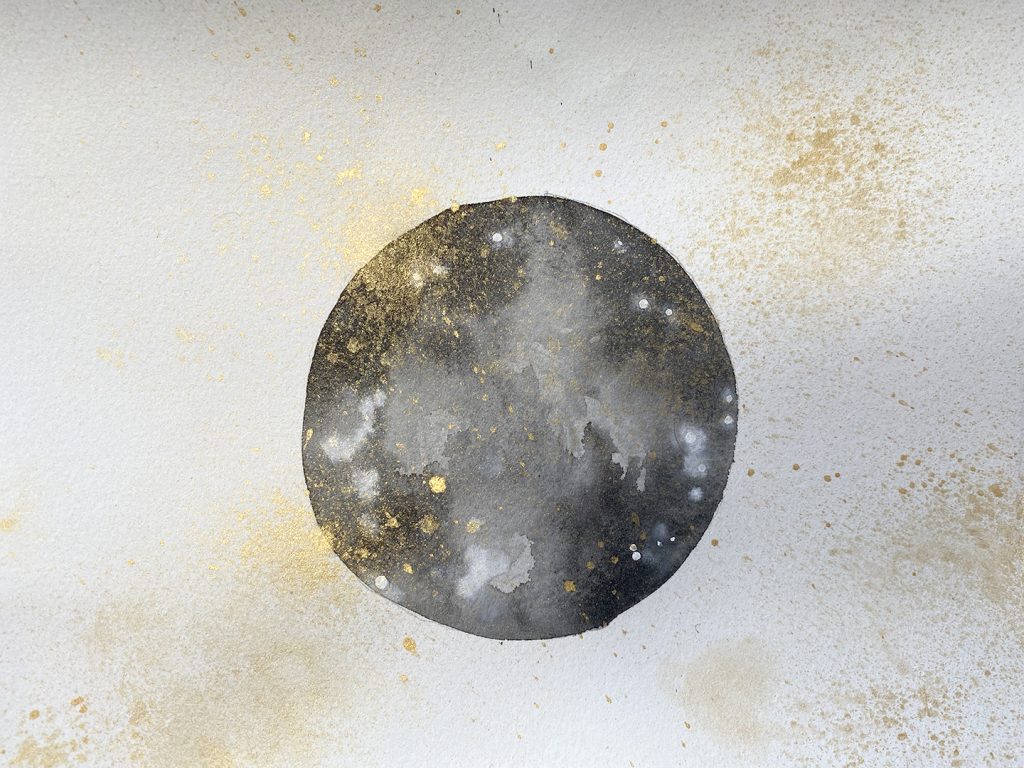 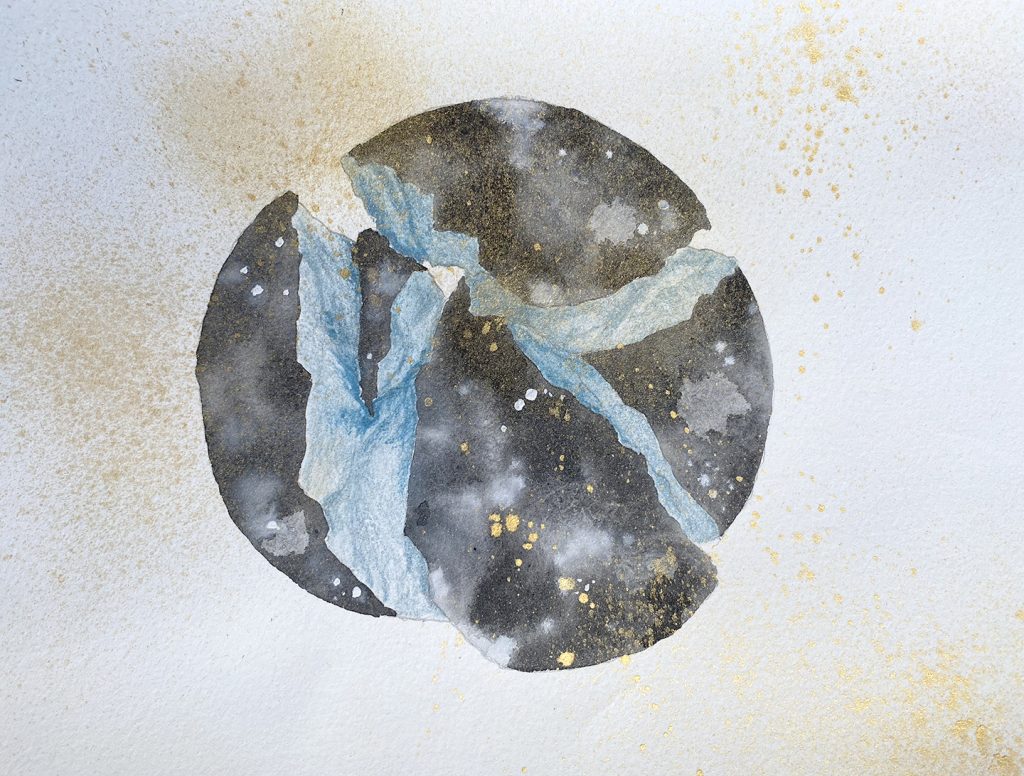 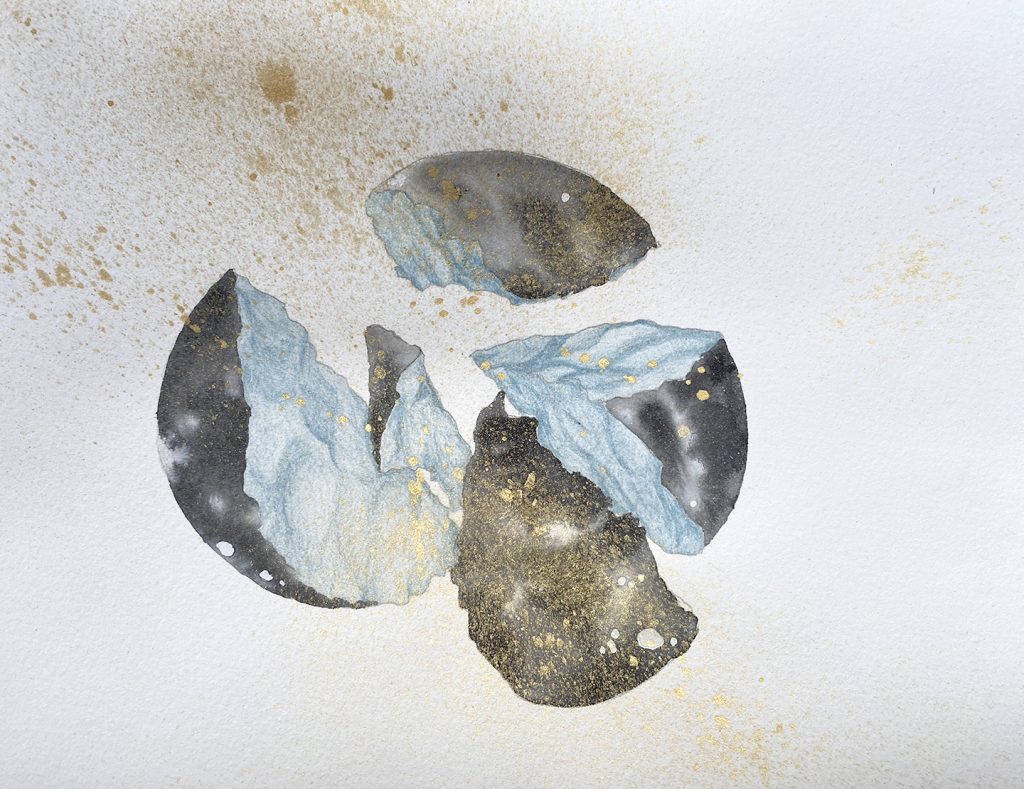 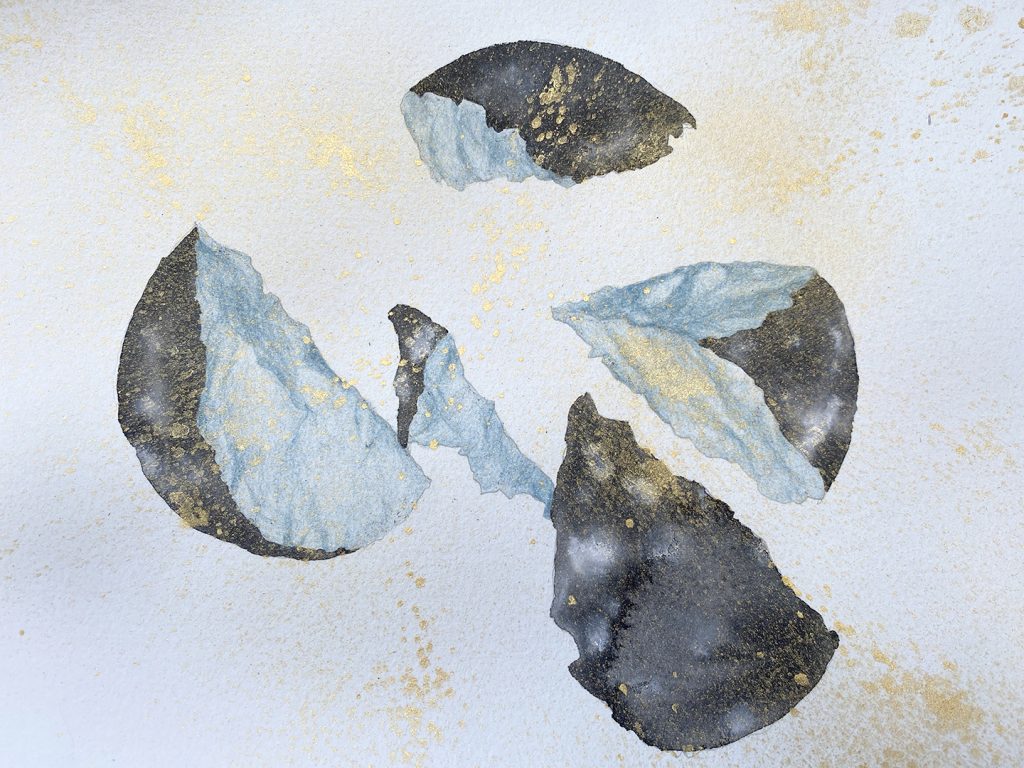 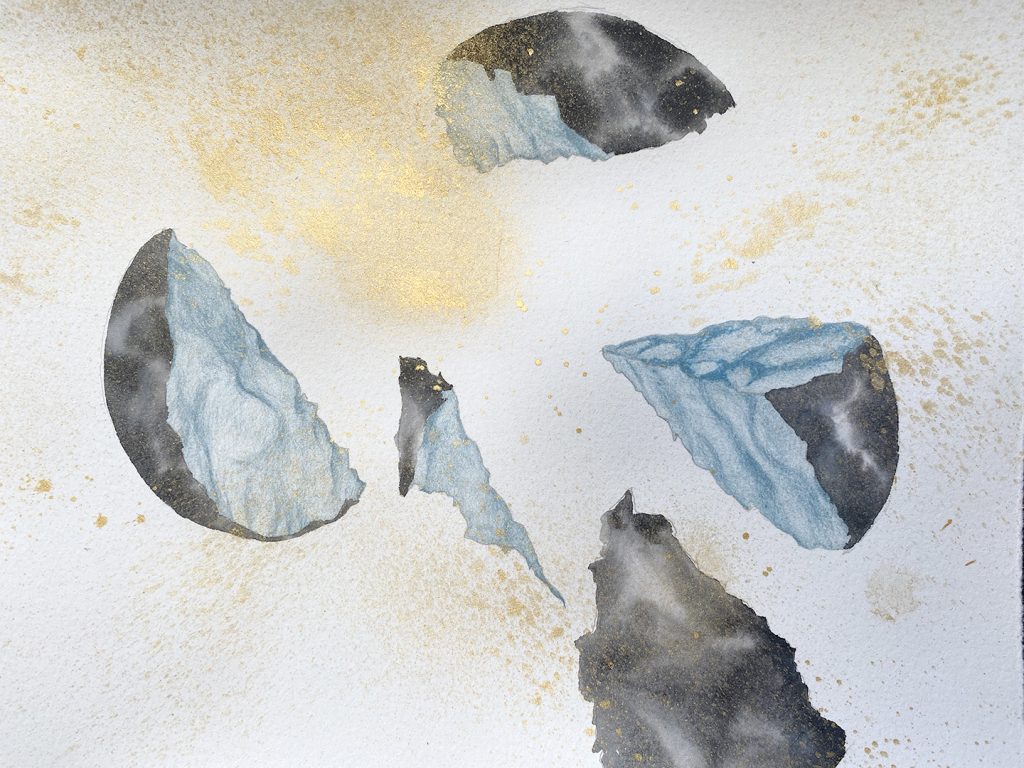 This piece is made up of a sequence of 5 drawings depicting a planet starting whole and then slowly shattering apart. The concept is about destruction but very broad and open-ended. At the end of time, I imagine all matter — asteroids, planets, and gases — coming together into one point and then exploding, releasing energy, and starting again.

Medium is sumi ink, mineral pigments, and color pencil on paper. Technically, I animated the shatter effect on a sphere in Autodesk Maya, and drew each frame.