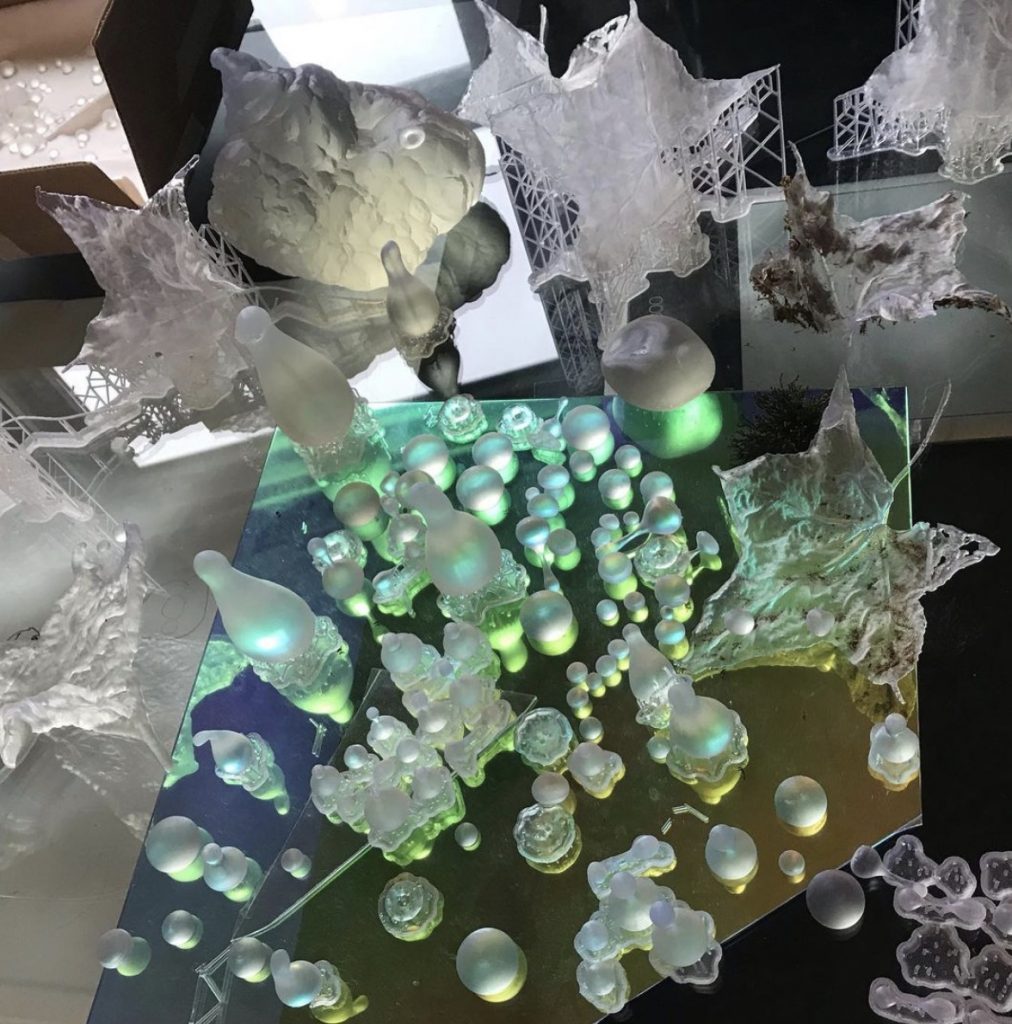 I 3D printed as many pieces as possible in preparation for the piece “Əvolution” for the Boston Sculptors Gallery group show. At this stage, I was looking at the dew drop and the leaf forms and trying to make a connection between the two; I figured it out in the installation later on, but at this stage I only had inklings in my mind of how it was all going to come together.