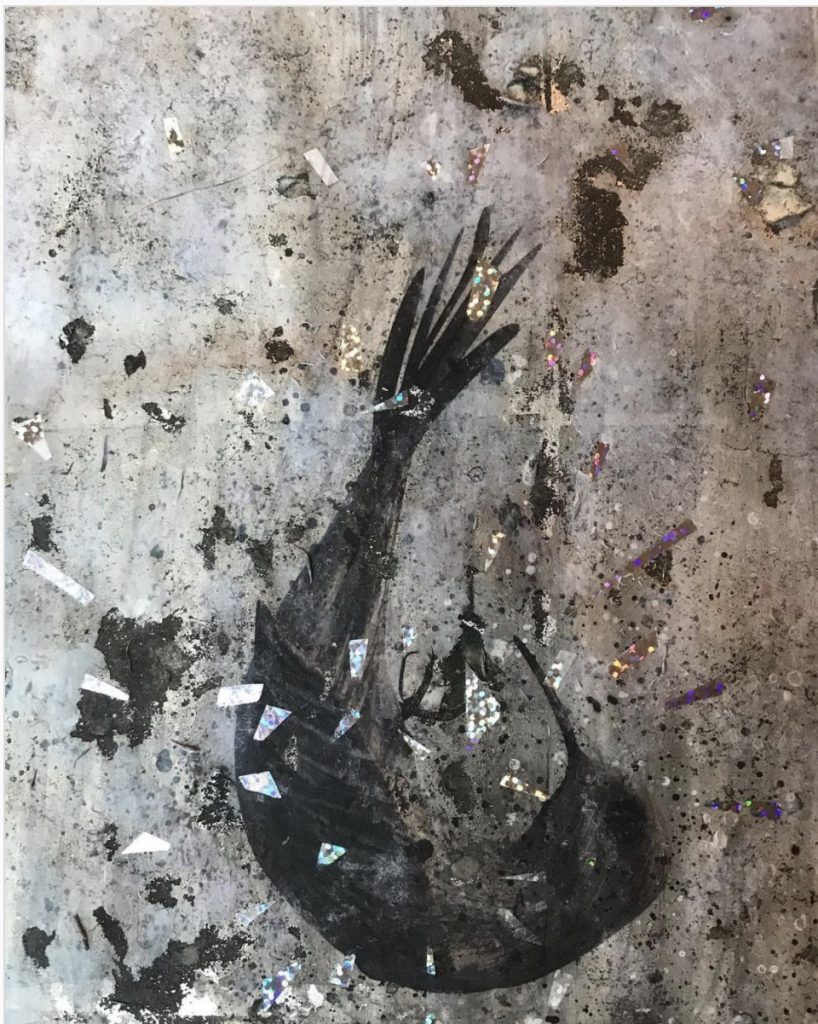 This was made in response to the pandemic during summer 2020. There are some iridescent plastic collage pieces attached to mounted silver leaf, but the bird has a hollow, lifeless feel, and its motion depicts a tragic fall. We had been home on lockdown for several months when I made this piece, and I was thinking about all of the people who had fallen during the pandemic.