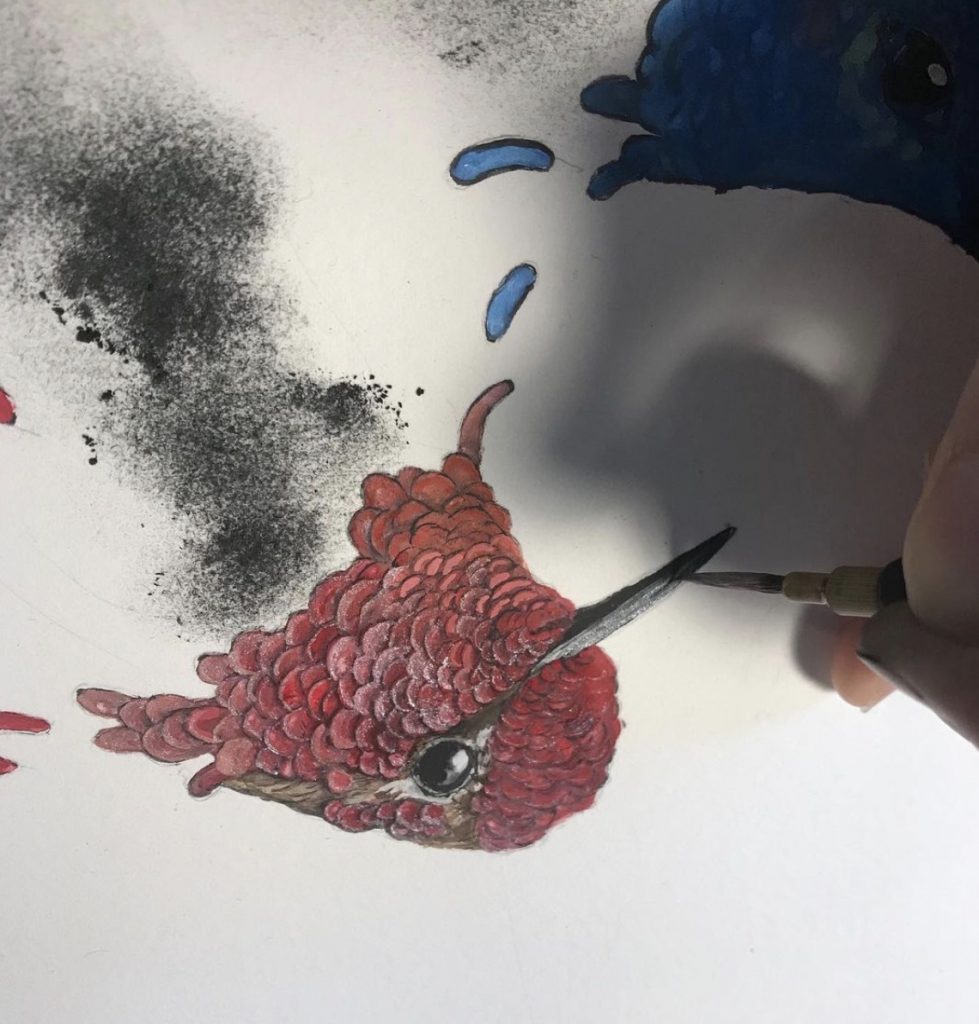 Japanese mineral pigments and graphite on paper. The hummingbirds’ heads are falling down with smoke trails, depicting the moment after the birds have detonated and exploded in the “Winged Detonations” series. It was not intentional, but when I was done, I realized there were two heads falling, one red and one blue, and it was November 4, 2020. I titled this piece “Was it Worth it?”