THE MOST DANGEROUS GAME (9) 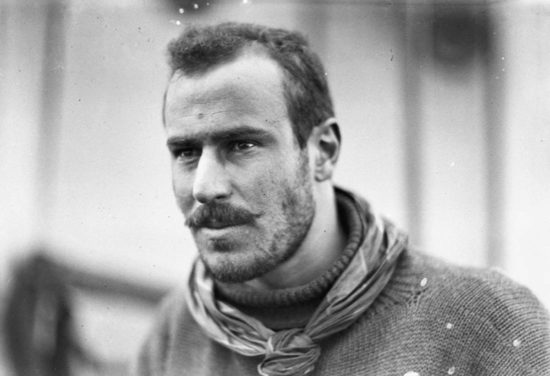 The general was saving him for another day’s sport! The Cossack was the cat; he was the mouse. Then it was that Rainsford knew the full meaning of terror.

He slid down from the tree, and struck off again into the woods. His face was set and he forced the machinery of his mind to function. Three hundred yards from his hiding place he stopped where a huge dead tree leaned precariously on a smaller, living one. Throwing off his sack of food, Rainsford took his knife from its sheath and began to work with all his energy.

The job was finished at last, and he threw himself down behind a fallen log a hundred feet away. He did not have to wait long. The cat was coming again to play with the mouse.

Following the trail with the sureness of a bloodhound came General Zaroff. Nothing escaped those searching black eyes, no crushed blade of grass, no bent twig, no mark, no matter how faint, in the moss. So intent was the Cossack on his stalking that he was upon the thing Rainsford had made before he saw it. His foot touched the protruding bough that was the trigger. Even as he touched it, the general sensed his danger and leaped back with the agility of an ape. But he was not quite quick enough; the dead tree, delicately adjusted to rest on the cut living one, crashed down and struck the general a glancing blow on the shoulder as it fell; but for his alertness, he must have been smashed beneath it. He staggered, but he did not fall; nor did he drop his revolver. He stood there, rubbing his injured shoulder, and Rainsford, with fear again gripping his heart, heard the general’s mocking laugh ring through the jungle.

“Rainsford,” called the general, “if you are within sound of my voice, as I suppose you are, let me congratulate you. Not many men know how to make a Malay mancatcher. Luckily for me I, too, have hunted in Malacca. You are proving interesting, Mr. Rainsford. I am going now to have my wound dressed; it’s only a slight one. But I shall be back. I shall be back.”

When the general, nursing his bruised shoulder, had gone, Rainsford took up his flight again. It was flight now, a desperate, hopeless flight, that carried him on for some hours. Dusk came, then darkness, and still he pressed on. The ground grew softer under his moccasins; the vegetation grew ranker, denser; insects bit him savagely.

Then, as he stepped forward, his foot sank into the ooze. He tried to wrench it back, but the muck sucked viciously at his foot as if it were a giant leech. With a violent effort, he tore his feet loose. He knew where he was now. Death Swamp and its quicksand.

His hands were tight closed as if his nerve were something tangible that someone in the darkness was trying to tear from his grip. The softness of the earth had given him an idea. He stepped back from the quicksand a dozen feet or so and, like some huge prehistoric beaver, he began to dig.

Rainsford had dug himself in in France when a second’s delay meant death. That had been a placid pastime compared to his digging now. The pit grew deeper; when it was above his shoulders, he climbed out and from some hard saplings cut stakes and sharpened them to a fine point. These stakes he planted in the bottom of the pit with the points sticking up. With flying fingers he wove a rough carpet of weeds and branches and with it he covered the mouth of the pit. Then, wet with sweat and aching with tiredness, he crouched behind the stump of a lightning-charred tree.

He knew his pursuer was coming; he heard the padding sound of feet on the soft earth, and the night breeze brought him the perfume of the general’s cigarette. It seemed to Rainsford that the general was coming with unusual swiftness; he was not feeling his way along, foot by foot. Rainsford, crouching there, could not see the general, nor could he see the pit. He lived a year in a minute. Then he felt an impulse to cry aloud with joy, for he heard the sharp crackle of the breaking branches as the cover of the pit gave way; he heard the sharp scream of pain as the pointed stakes found their mark. He leaped up from his place of concealment. Then he cowered back. Three feet from the pit a man was standing, with an electric torch in his hand.