THE MOST DANGEROUS GAME (6) 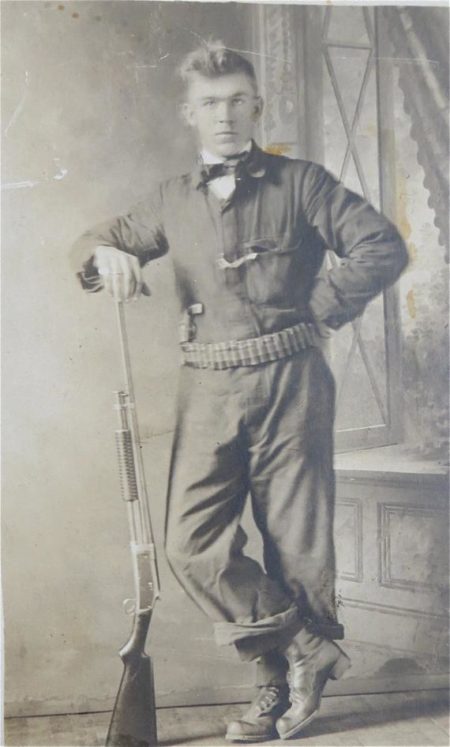 “But where do you get them?” The general’s left eyelid fluttered down in a wink. “This island is called Ship Trap,” he answered. “Sometimes an angry god of the high seas sends them to me. Sometimes, when Providence is not so kind, I help Providence a bit. Come to the window with me.”

Rainsford went to the window and looked out toward the sea.

“Watch! Out there!” exclaimed the general, pointing into the night. Rainsford’s eyes saw only blackness, and then, as the general pressed a button, far out to sea Rainsford saw the flash of lights.

The general chuckled. “They indicate a channel,” he said, “where there’s none; giant rocks with razor edges crouch like a sea monster with wide-open jaws. They can crush a ship as easily as I crush this nut.” He dropped a walnut on the hardwood floor and brought his heel grinding down on it. “Oh, yes,” he said, casually, as if in answer to a question, “I have electricity. We try to be civilized here.”

“Civilized? And you shoot down men?”

A trace of anger was in the general’s black eyes, but it was there for but a second; and he said, in his most pleasant manner, “Dear me, what a righteous young man you are! I assure you I do not do the thing you suggest. That would be barbarous. I treat these visitors with every consideration. They get plenty of good food and exercise. They get into splendid physical condition. You shall see for yourself tomorrow.”

“We’ll visit my training school,” smiled the general. “It’s in the cellar. I have about a dozen pupils down there now. They’re from the Spanish bark San Lucar that had the bad luck to go on the rocks out there. A very inferior lot, I regret to say. Poor specimens and more accustomed to the deck than to the jungle.” He raised his hand, and Ivan, who served as waiter, brought thick Turkish coffee. Rainsford, with an effort, held his tongue in check.

“It’s a game, you see,” pursued the general blandly. “I suggest to one of them that we go hunting. I give him a supply of food and an excellent hunting knife. I give him three hours’ start. I am to follow, armed only with a pistol of the smallest caliber and range. If my quarry eludes me for three whole days, he wins the game. If I find him “— the general smiled — “he loses.”

“Suppose he refuses to be hunted?”

“Oh,” said the general, “I give him his option, of course. He need not play that game if he doesn’t wish to. If he does not wish to hunt, I turn him over to Ivan. Ivan once had the honor of serving as official knouter to the Great White Czar, and he has his own ideas of sport. Invariably, Mr. Rainsford, invariably they choose the hunt.”

The smile on the general’s face widened. “To date I have not lost,” he said. Then he added, hastily: “I don’t wish you to think me a braggart, Mr. Rainsford. Many of them afford only the most elementary sort of problem. Occasionally I strike a tartar. One almost did win. I eventually had to use the dogs.”

The general steered Rainsford to a window. The lights from the windows sent a flickering illumination that made grotesque patterns on the courtyard below, and Rainsford could see moving about there a dozen or so huge black shapes; as they turned toward him, their eyes glittered greenly.

“A rather good lot, I think,” observed the general. “They are let out at seven every night. If anyone should try to get into my house — or out of it — something extremely regrettable would occur to him.” He hummed a snatch of song from the Folies Bergère.

“And now,” said the general, “I want to show you my new collection of heads. Will you come with me to the library?”

“I hope,” said Rainsford, “that you will excuse me tonight, General Zaroff. I’m really not feeling well.”

“Ah, indeed?” the general inquired solicitously. “Well, I suppose that’s only natural, after your long swim. You need a good, restful night’s sleep. Tomorrow you’ll feel like a new man, I’ll wager. Then we’ll hunt, eh? I’ve one rather promising prospect —” Rainsford was hurrying from the room.

“Sorry you can’t go with me tonight,” called the general. “I expect rather fair sport — a big, strong, black. He looks resourceful — Well, good night, Mr. Rainsford; I hope you have a good night’s rest.”

The bed was good, and the pajamas of the softest silk, and he was tired in every fiber of his being, but nevertheless Rainsford could not quiet his brain with the opiate of sleep. He lay, eyes wide open.