THE MOST DANGEROUS GAME (1) 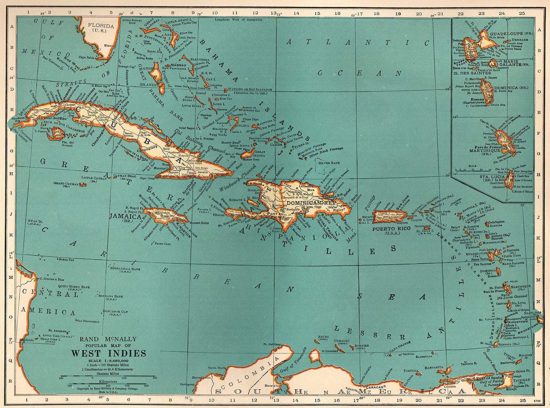 “Off there to the right — somewhere — is a large island,” said Whitney. “It’s rather a mystery—”

“What island is it?” Rainsford asked.

“The old charts call it ‘Ship-Trap Island’,” Whitney replied. “A suggestive name, isn’t it? Sailors have a curious dread of the place. I don’t know why. Some superstition—”

“Can’t see it,” remarked Rainsford, trying to peer through the dank tropical night that was palpable as it pressed its thick warm blackness in upon the yacht.

“You’ve good eyes,” said Whitney, with a laugh,” and I’ve seen you pick off a moose moving in the brown fall bush at four hundred yards, but even you can’t see four miles or so through a moonless Caribbean night.”

“It will be light enough in Rio,” promised Whitney. “We should make it in a few days. I hope the jaguar guns have come from Purdey’s. We should have some good hunting up the Amazon. Great sport, hunting.”

“The best sport in the world,” agreed Rainsford.

“For the hunter,” amended Whitney. “Not for the jaguar.”

“Don’t talk rot, Whitney,” said Rainsford. “You’re a big-game hunter, not a philosopher. Who cares how a jaguar feels?”

“Perhaps the jaguar does,” observed Whitney.

“Even so, I rather think they understand one thing — fear. The fear of pain and the fear of death.”

“Nonsense,” laughed Rainsford. “This hot weather is making you soft, Whitney. Be a realist. The world is made up of two classes — the hunters and the huntees. Luckily, you and I are hunters. Do you think we’ve passed that island yet?”

“The place has a reputation — a bad one.”

“Hardly. Even cannibals wouldn’t live in such a God-forsaken place. But it’s gotten into sailor lore, somehow. Didn’t you notice that the crew’s nerves seemed a bit jumpy today?”

“They were a bit strange, now you mention it. Even Captain Nielsen—”

“Yes, even that tough-minded old Swede, who’d go up to the devil himself and ask him for a light. Those fishy blue eyes held a look I never saw there before. All I could get out of him was ‘This place has an evil name among seafaring men, sir.’ Then he said to me, very gravely, ‘Don’t you feel anything?’ — as if the air about us was actually poisonous. Now, you mustn’t laugh when I tell you this — I did feel something like a sudden chill.

“There was no breeze. The sea was as flat as a plate-glass window. We were drawing near the island then. What I felt was a — a mental chill; a sort of sudden dread.”

“One superstitious sailor can taint the whole ship’s company with his fear.”

“Maybe. But sometimes I think sailors have an extra sense that tells them when they are in danger. Sometimes I think evil is a tangible thing — with wave lengths, just as sound and light have. An evil place can, so to speak, broadcast vibrations of evil. Anyhow, I’m glad we’re getting out of this zone. Well, I think I’ll turn in now, Rainsford.”

“I’m not sleepy,” said Rainsford. “I’m going to smoke another pipe up on the afterdeck.”

“Good night, then, Rainsford. See you at breakfast.”

There was no sound in the night as Rainsford sat there but the muffled throb of the engine that drove the yacht swiftly through the darkness, and the swish and ripple of the wash of the propeller.

Rainsford, reclining in a steamer chair, indolently puffed on his favorite brier. The sensuous drowsiness of the night was on him. “It’s so dark,” he thought, “that I could sleep without closing my eyes; the night would be my eyelids—”

An abrupt sound startled him. Off to the right he heard it, and his ears, expert in such matters, could not be mistaken. Again he heard the sound, and again. Somewhere, off in the blackness, someone had fired a gun three times.

Rainsford sprang up and moved quickly to the rail, mystified. He strained his eyes in the direction from which the reports had come, but it was like trying to see through a blanket. He leaped upon the rail and balanced himself there, to get greater elevation; his pipe, striking a rope, was knocked from his mouth. He lunged for it; a short, hoarse cry came from his lips as he realized he had reached too far and had lost his balance. The cry was pinched off short as the blood-warm waters of the Caribbean Sea closed over his head.