THE MOST DANGEROUS GAME (2) 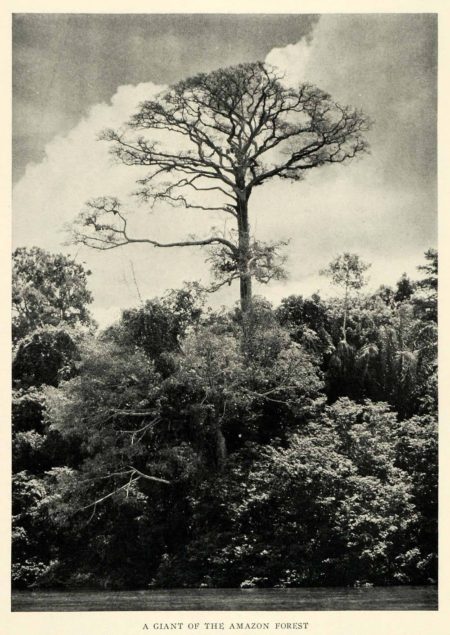 He struggled up to the surface and tried to cry out, but the wash from the speeding yacht slapped him in the face and the salt water in his open mouth made him gag and strangle. Desperately he struck out with strong strokes after the receding lights of the yacht, but he stopped before he had swum fifty feet. A certain coolheadedness had come to him; it was not the first time he had been in a tight place. There was a chance that his cries could be heard by someone aboard the yacht, but that chance was slender and grew more slender as the yacht raced on. He wrestled himself out of his clothes and shouted with all his power. The lights of the yacht became faint and ever-vanishing fireflies; then they were blotted out entirely by the night.

Rainsford remembered the shots. They had come from the right, and doggedly he swam in that direction, swimming with slow, deliberate strokes, conserving his strength. For a seemingly endless time he fought the sea. He began to count his strokes; he could do possibly a hundred more and then —

Rainsford heard a sound. It came out of the darkness, a high screaming sound, the sound of an animal in an extremity of anguish and terror.

He did not recognize the animal that made the sound; he did not try to; with fresh vitality he swam toward the sound. He heard it again; then it was cut short by another noise, crisp, staccato.

Ten minutes of determined effort brought another sound to his ears — the most welcome he had ever heard — the muttering and growling of the sea breaking on a rocky shore. He was almost on the rocks before he saw them; on a night less calm he would have been shattered against them. With his remaining strength he dragged himself from the swirling waters. Jagged crags appeared to jut up into the opaqueness; he forced himself upward, hand over hand. Gasping, his hands raw, he reached a flat place at the top. Dense jungle came down to the very edge of the cliffs. What perils that tangle of trees and underbrush might hold for him did not concern Rainsford just then. All he knew was that he was safe from his enemy, the sea, and that utter weariness was on him. He flung himself down at the jungle edge and tumbled headlong into the deepest sleep of his life.

When he opened his eyes he knew from the position of the sun that it was late in the afternoon. Sleep had given him new vigor; a sharp hunger was picking at him. He looked about him, almost cheerfully.

He saw no sign of a trail through the closely knit web of weeds and trees; it was easier to go along the shore, and Rainsford floundered along by the water. Not far from where he landed, he stopped.

Some wounded thing — by the evidence, a large animal — had thrashed about in the underbrush; the jungle weeds were crushed down and the moss was lacerated; one patch of weeds was stained crimson. A small, glittering object not far away caught Rainsford’s eye and he picked it up. It was an empty cartridge.

“A twenty-two,” he remarked. “That’s odd. It must have been a fairly large animal too. The hunter had his nerve with him to tackle it with a light gun. It’s clear that the brute put up a fight. I suppose the first three shots I heard was when the hunter flushed his quarry and wounded it. The last shot was when he trailed it here and finished it.”

He examined the ground closely and found what he had hoped to find — the print of hunting boots. They pointed along the cliff in the direction he had been going. Eagerly he hurried along, now slipping on a rotten log or a loose stone, but making headway; night was beginning to settle down on the island.

Bleak darkness was blacking out the sea and jungle when Rainsford sighted the lights. He came upon them as he turned a crook in the coast line; and his first thought was that be had come upon a village, for there were many lights. But as he forged along he saw to his great astonishment that all the lights were in one enormous building — a lofty structure with pointed towers plunging upward into the gloom. His eyes made out the shadowy outlines of a palatial chateau; it was set on a high bluff, and on three sides of it cliffs dived down to where the sea licked greedy lips in the shadows.