THE MOST DANGEROUS GAME (7) 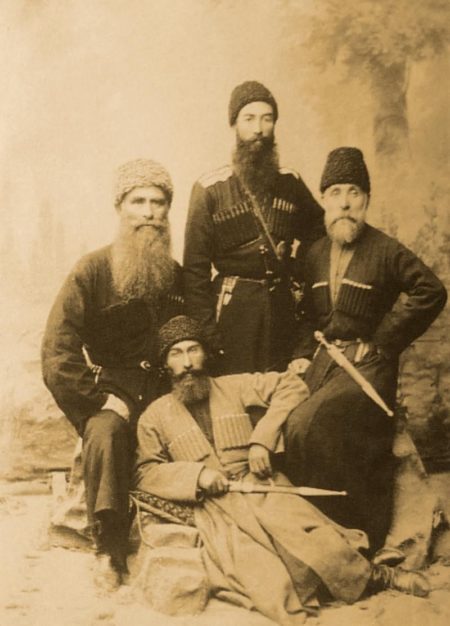 Once he thought he heard stealthy steps in the corridor outside his room. He sought to throw open the door; it would not open. He went to the window and looked out. His room was high up in one of the towers. The lights of the chateau were out now, and it was dark and silent; but there was a fragment of sallow moon, and by its wan light he could see, dimly, the courtyard. There, weaving in and out in the pattern of shadow, were black, noiseless forms; the hounds heard him at the window and looked up, expectantly, with their green eyes. Rainsford went back to the bed and lay down. By many methods he tried to put himself to sleep. He had achieved a doze when, just as morning began to come, he heard, far off in the jungle, the faint report of a pistol.

General Zaroff did not appear until luncheon. He was dressed faultlessly in the tweeds of a country squire. He was solicitous about the state of Rainsford’s health.

“As for me,” sighed the general, “I do not feel so well. I am worried, Mr. Rainsford. Last night I detected traces of my old complaint.”

Then, taking a second helping of crépes Suzette, the general explained: “The hunting was not good last night. The fellow lost his head. He made a straight trail that offered no problems at all. That’s the trouble with these sailors; they have dull brains to begin with, and they do not know how to get about in the woods. They do excessively stupid and obvious things. It’s most annoying. Will you have another glass of Chablis, Mr. Rainsford?”

“General,” said Rainsford firmly, “I wish to leave this island at once.”

The general raised his thickets of eyebrows; he seemed hurt. “But, my dear fellow,” the general protested, “you’ve only just come. You’ve had no hunting —”

“I wish to go today,” said Rainsford. He saw the dead black eyes of the general on him, studying him. General Zaroff’s face suddenly brightened.

He filled Rainsford’s glass with venerable Chablis from a dusty bottle.

Rainsford shook his head. “No, general,” he said. “I will not hunt.”

The general shrugged his shoulders and delicately ate a hothouse grape. “As you wish, my friend,” he said. “The choice rests entirely with you. But may I not venture to suggest that you will find my idea of sport more diverting than Ivan’s?”

He nodded toward the corner to where the giant stood, scowling, his thick arms crossed on his hogshead of chest.

“My dear fellow,” said the general, “have I not told you I always mean what I say about hunting? This is really an inspiration. I drink to a foeman worthy of my steel — at last.” The general raised his glass, but Rainsford sat staring at him.

“And if I win —” began Rainsford huskily.

“I’ll cheerfully acknowledge myself defeated if I do not find you by midnight of the third day,” said General Zaroff. “My sloop will place you on the mainland near a town.” The general read what Rainsford was thinking.

“Oh, you can trust me,” said the Cossack. “I will give you my word as a gentleman and a sportsman. Of course you, in turn, must agree to say nothing of your visit here.”

“I’ll agree to nothing of the kind,” said Rainsford.

“Oh,” said the general, “in that case… But why discuss that now? Three days hence we can discuss it over a bottle of Veuve Cliquot, unless…”

The general sipped his wine.

Then a businesslike air animated him. “Ivan,” he said to Rainsford, “will supply you with hunting clothes, food, a knife. I suggest you wear moccasins; they leave a poorer trail. I suggest, too, that you avoid the big swamp in the southeast corner of the island. We call it Death Swamp. There’s quicksand there. One foolish fellow tried it. The deplorable part of it was that Lazarus followed him. You can imagine my feelings, Mr. Rainsford. I loved Lazarus; he was the finest hound in my pack. Well, I must beg you to excuse me now. I always’ take a siesta after lunch. You’ll hardly have time for a nap, I fear. You’ll want to start, no doubt. I shall not follow till dusk. Hunting at night is so much more exciting than by day, don’t you think? Au revoir, Mr. Rainsford, au revoir.”