THE MOST DANGEROUS GAME (4) 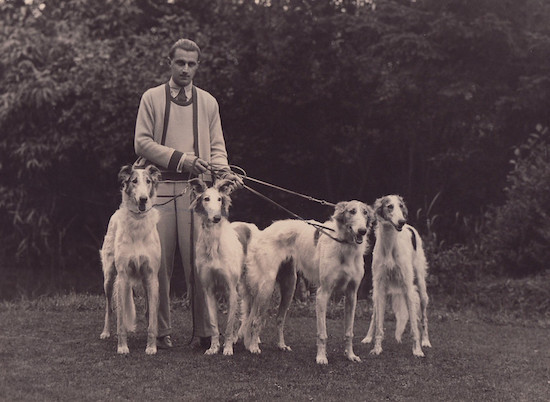 The cocktail was surpassingly good; and, Rainsford noted, the table apointments were of the finest — the linen, the crystal, the silver, the china.

They were eating borsch, the rich, red soup with whipped cream so dear to Russian palates. Half apologetically General Zaroff said, “We do our best to preserve the amenities of civilization here. Please forgive any lapses. We are well off the beaten track, you know. Do you think the champagne has suffered from its long ocean trip?”

“Not in the least,” declared Rainsford. He was finding the general a most thoughtful and affable host, a true cosmopolite. But there was one small trait of the general’s that made Rainsford uncomfortable. Whenever he looked up from his plate he found the general studying him, appraising him narrowly.

“Perhaps,” said General Zaroff, “you were surprised that I recognized your name. You see, I read all books on hunting published in English, French, and Russian. I have but one passion in my life, Mr. Rainsford, and it is the hunt.”

“You have some wonderful heads here,” said Rainsford as he ate a particularly well-cooked filet mignon. “That Cape buffalo is the largest I ever saw.”

“Did he charge you?”

“Hurled me against a tree,” said the general. “Fractured my skull. But I got the brute.”

“I’ve always thought,” said Rainsford, “that the Cape buffalo is the most dangerous of all big game.”

For a moment the general did not reply; he was smiling his curious red-lipped smile. Then he said slowly, “No. You are wrong, sir. The Cape buffalo is not the most dangerous big game.” He sipped his wine. “Here in my preserve on this island,” he said in the same slow tone, “I hunt more dangerous game.”

Rainsford expressed his surprise. “Is there big game on this island?”

The general nodded. “The biggest.”

“Oh, it isn’t here naturally, of course. I have to stock the island.”

“What have you imported, general?” Rainsford asked. “Tigers?”

The general smiled. “No,” he said. “Hunting tigers ceased to interest me some years ago. I exhausted their possibilities, you see. No thrill left in tigers, no real danger. I live for danger, Mr. Rainsford.”

The general took from his pocket a gold cigarette case and offered his guest a long black cigarette with a silver tip; it was perfumed and gave off a smell like incense.

“We will have some capital hunting, you and I,” said the general. “I shall be most glad to have your society.”

“But what game —” began Rainsford.

“I’ll tell you,” said the general. “You will be amused, I know. I think I may say, in all modesty, that I have done a rare thing. I have invented a new sensation. May I pour you another glass of port?”

The general filled both glasses, and said, “God makes some men poets. Some He makes kings, some beggars. Me He made a hunter. My hand was made for the trigger, my father said. He was a very rich man with a quarter of a million acres in the Crimea, and he was an ardent sportsman. When I was only five years old he gave me a little gun, specially made in Moscow for me, to shoot sparrows with. When I shot some of his prize turkeys with it, he did not punish me; he complimented me on my marksmanship. I killed my first bear in the Caucasus when I was ten. My whole life has been one prolonged hunt. I went into the army — it was expected of noblemen’s sons — and for a time commanded a division of Cossack cavalry, but my real interest was always the hunt. I have hunted every kind of game in every land. It would be impossible for me to tell you how many animals I have killed.”

The general puffed at his cigarette.

“After the debacle in Russia I left the country, for it was imprudent for an officer of the Czar to stay there. Many noble Russians lost everything. I, luckily, had invested heavily in American securities, so I shall never have to open a tearoom in Monte Carlo or drive a taxi in Paris. Naturally, I continued to hunt — grizzliest in your Rockies, crocodiles in the Ganges, rhinoceroses in East Africa. It was in Africa that the Cape buffalo hit me and laid me up for six months. As soon as I recovered I started for the Amazon to hunt jaguars, for I had heard they were unusually cunning. They weren’t.” The Cossack sighed. “They were no match at all for a hunter with his wits about him, and a high-powered rifle. I was bitterly disappointed.”