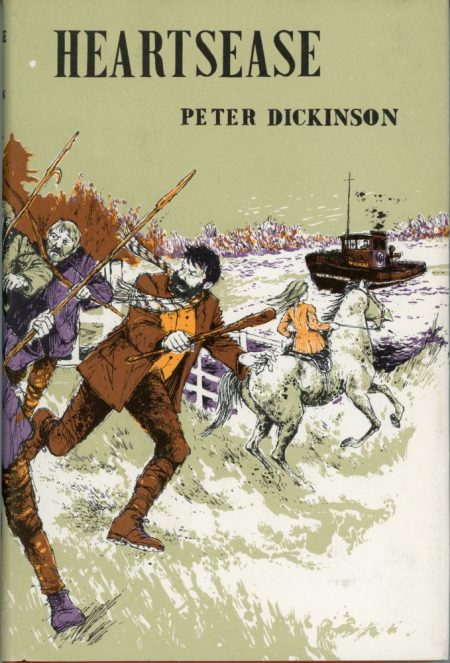 When a mysterious enchantment settles over England, many of its white, working-class inhabitants rapidly revert to an ignorant, xenophobic way of looking at the world; and, once nearly all of those who are unaffected — in particular, all immigrants — have fled England for the continent, the country makes (to coin a phrase) a hard Brexit… from the 20th century. What’s more, anyone who displays any knowledge of how modern technology or machinery functions is persecuted as a witch. One such “witch,” who is rescued by three children in a Cotswold village, turns out to be an American intelligence agent who has bravely parachuted in to investigate England’s mysterious “Changes.” Horse-loving Margaret somewhat reluctantly helps her cousin, Jonathan, and the family’s servant, Lucy, smuggle the American to a derelict tugboat moored in a nearby canal, which Jonathan struggles to get working again. Can they figure out how to operate the canal’s locks, and spirit the witch to safety — while contending with feral dogs, a violent bull, and the superstitious villagers? And when the moment comes to make her final decision, will Margaret join the flight to France?

Fun facts: I’ve long been a fan of the Changes trilogy, which includes The Weathermonger (1968) and The Devil’s Children (1970). Dickinson’s theme seems particularly relevant right now; someone should adapt the series for TV, don’t you think?