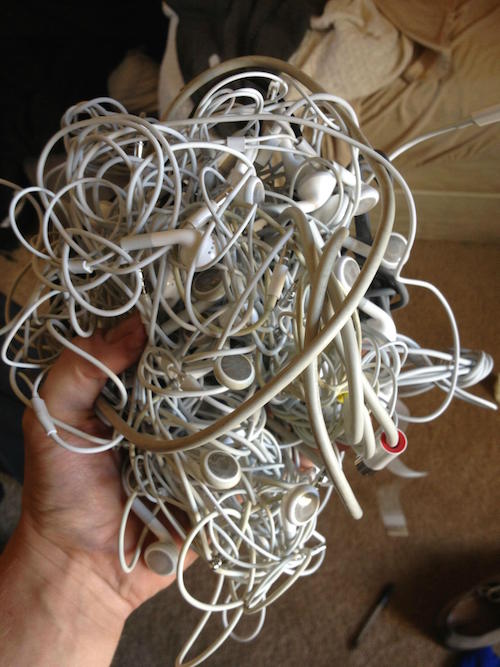 WHY WE PRAISE HIM

Earth to news crawl. What does she want
for
Grandparents’ Day? Three trains in a row
in the wrong direction (i.e. not
yours). Skip damaged regions, inference
to the cutest explanation. Smooth
jazz prosody — I get my Kenny
Gs mixed up again. ¡Si Ves Algo,
Di Algo! Wowing tape of vesper
bells. Is calendar a verb? Is wife?

IS JEWEL COMING ON TO ME?

You got to know when to flood ’em, know
when to HUD ’em. So, couldn’t we do
some kind of cap-and-trade with Europe
on shitty house 12-inches? Never
heard of the stuff, then suddenly two
or three years ago, everything’s all
goji, goji, goji. Mezzotint
badonkadonk, rolling a cocktail
cherry in Motrin, crushed up coke-fine.

November ’08: A well-informed
little birdie says the primary
reason for the new earbud cord was
environmental. Apple has switched
from PVC to PTFE
for all cables; their increased tangle-
resistance, though merely a pleasant
side-effect, was inadvertently
a watershed in urban design.