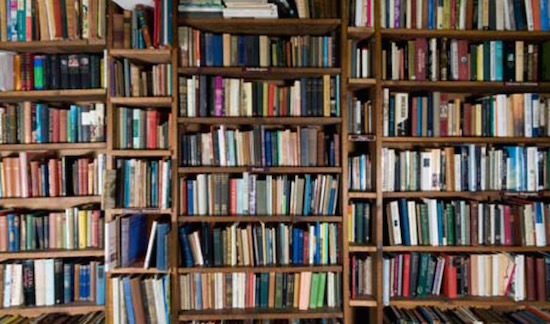 painting bullseyes around each arrow
dragging the map to the route desired
new run of bills is edged in tempered
steel, we employ their serrations to
slice through a brisket against the grain
the jacks are thick, the ports are narrow
summer is over, so’s its weather
peeling out from a settled center
hiding in corners of one strange life

The work you return to is nothing
like the work you left. Wears bowling shirt,
has never bowled. Streaks in the aging
filmmaker’s hair. Are you frustrated
because she doesn’t know your language
or because you don’t know hers?
Bookshelves
are bridges, my wooden hexagram,
a leaf is fallen, pasted, thrown. Branned
identity, cognitive moping.

The “unity of science” program
was underwritten by progressive
humanism, indefensible
from within empiricism. Land
where my father died. Pashmina nailed
to hang in a catenary curve,
railroad spike wrapped in bolster of shot
silk. If you’re a freak magnet, then what
does that make me? Baseball, meatloaf,
this.