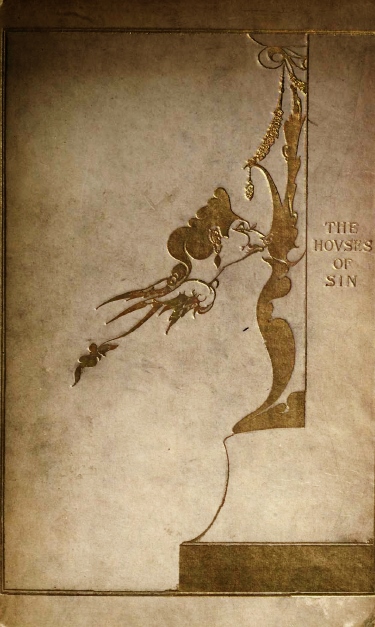 “What a midnight his soul seems to walk!” Oscar Wilde marveled. Were he remembered today, the American expatriate writer VINCENT O’SULLIVAN (1868–1940) would be rated a minor rogue in the gallery of decadence; producer of journalism, poetry, criticism, fiction, essay, and translation — skilled in all, transcendent, really, of none; and owner of a melancholia notable, even in the company he kept, for its intensity. “On the Kind of Fiction Called Morbid” (1896), a plea on behalf of that ragged band of scribbler-ghouls whose patron saint was the divine Edgar, affects to ask only respect for a certain, less accessible variety of literary labor; but O’Sullivan, a uniquely soulful sensualist, clearly sought something closer to love from his public “for sticking with iron courage to the graveside, and refusing to engage in work less resolute, and more easy.”

The New York native and French transplant, heir to a lost coffee fortune, enjoyed a brief peripheral vogue when young. Poems (1896) was well-reviewed, and The Houses of Sin (1897) boasted both Wilde’s endorsement and Aubrey Beardsley’s cover design. Then other books came, were disregarded or disdained; youthful promise was judged unkept and O’Sullivan entered an agonizingly long twilight that was barely sustained by literary piece work and the benevolence of French relief societies. Yet throughout, he produced work of both sensation and feeling: Human Affairs (1907), stories of the earthly and unearthly bizarre; “The Interval” (1917), perhaps the saddest, tenderest ghost story of World War I; Aspects of Wilde (1936), a portrait both fond and acute. His battles against penury, injury, and obscurity ended with his death, from an unrecorded illness, in Paris — and the sadly fitting removal, after several years, of his unclaimed remains to an ossuary: the final morbid mausoleum of the anonymous.

On his or her birthday, HiLobrow irregularly pays tribute to one of our high-, low-, no-, or hilobrow heroes. Also born this date: Claude Lévi-Strauss, Jim Nutt, Stefan Zweig, Dawn Powell.