Our world would look very different without the contributions of EDWARD STEICHEN (1879–1973). During a 1911 assignment for the magazine Art et Décoration, he shot what are considered the first modern fashion photographs. In the early ’20s, shooting for Vogue and Vanity Fair, he perfected the visual language of glamour — thus helping to promote fashion as a fine art. His 1924 portrait of Gloria Swanson in black lace remains one of the most powerful photographs ever. Steichen hung a piece of black lace in front of Swanson’s face near the end of a photo shoot; immediately grasping Steichen’s intent, Swanson assumed the role of femme fatale, ready to pounce and devour — the lace seems too flimsy to contain her gaze, highlighting the mysterious, flimsy power of glamour itself. Here, Steichen employs his best techniques to great effect: strong light-dark contrasts, sharp focus and detail. Critics continue to swoon over how the patterned lace frames Swanson’s lips and chin. After World War II, during which he directed the Naval Aviation Photographic Unit, Steichen joined New York’s Museum of Modern of Art as Director of Photography. His 1955 exhibition The Family of Man was another seminal event in the history of photography. 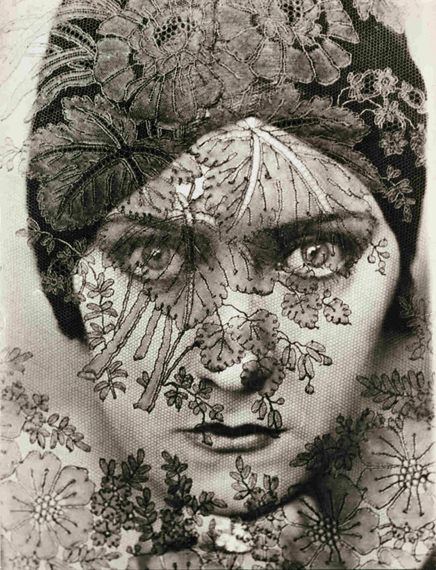 On his or her birthday, HiLobrow irregularly pays tribute to one of our high-, low-, no-, or hilobrow heroes. Also born this date: Quentin Tarantino, Ludwig Mies van der Rohe.