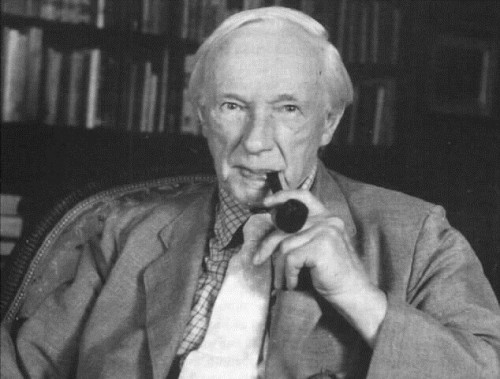 A nimbus of intellectual romance surrounds Ludwig Wittgenstein (the tortured ascetic) and Bertrand Russell (the libertine polymath); almost none clings to the figure of G. E. [GEORGE EDWARD] MOORE (1873–1958), their comrade-in-arms in replacing 19th-century British Idealism with the style of philosophizing now called “analytic.” If that label is associated with scientism or the reduction of substantive questions to linguistic ones, it isn’t warranted in Moore’s case; if it means trying to write about one clearly defined question at a time, it is. Moore’s best-known positions — that ethical terms (notably, “good”) aren’t reducible to “naturalistic” ones, or that traditional arguments for skepticism can be refuted by observations like “Here is a hand” and “Here is another hand” — are so plain-sounding as to disappoint anyone looking to philosophy for transformative depth. The same goes for his prose, which is neither quasi-technical nor quasi-literary, just exaggeratedly cautious: one section of “A Defence of Common Sense” (1925) begins, “The first point is a point which embraces a great many other points,” and inches forward from there, with all stylistic niceties subjugated to the unwillingness to be misunderstood. This tweedy overprecision now repels more readers than it attracts, but the thinking behind it made a lasting impression on his Bloomsbury contemporaries — John Maynard Keynes’ memoirs portray its influence as almost religious — and on Wittgenstein himself, whose last writings (known as On Certainty) proceed from Moore’s deceptively simple observation that the sentence “It is raining but I don’t believe that it is raining” is logically consistent, but nonetheless paradoxical.

On his or her birthday, HiLobrow irregularly pays tribute to one of our high-, low-, no-, or hilobrow heroes. Also born this date: Robert Mapplethorpe.