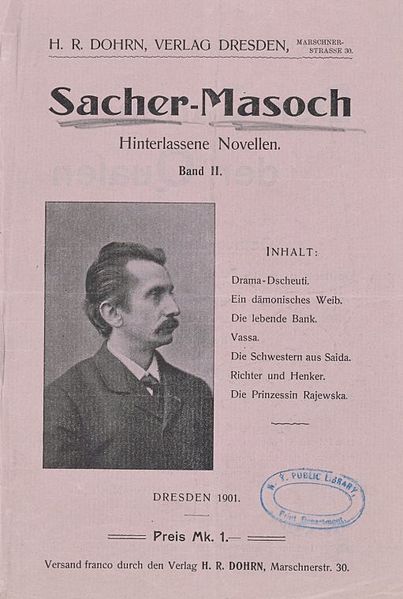 The man who gave his name to the term “masochism” was anything but wimpy. Born in an Austrian region of eastern Central Europe, cultural historian and author LEOPOLD VON SACHER-MASOCH (1836–95) was an advocate for women’s suffrage and Jewish rights; and he courageously shared his sexual predilections with the world via the 1870 autobiographical novella Venus in Furs and other works. The central female character in Venus in Furs was inspired by Fanny Pistor, whom Sacher-Masoch convinced to wear furs while punishing and humiliating him. Sacher-Masoch loved to be whipped, but any form of pain would do: he even encouraged his wives to cheat on him, because he found that form of suffering particularly appealing in its humiliation. Years later, the Austro-German psychiatrist Richard von Krafft-Ebing immortalized the author’s name via his moniker for this particular form of so-called deviant sex. Forget the Velvet Underground song and read Sacher-Masoch himself; by explaining how pain could meld with pleasure, his Venus in Furs elevated sex from the mundane to something profound.

On his or her birthday, HiLobrow irregularly pays tribute to one of our high-, low-, no-, or hilobrow heroes. Also born this date: Elmore James, Cal Schenkel, Frank Miller.

READ MORE about members of the Original Decadent Generation (1834–43).