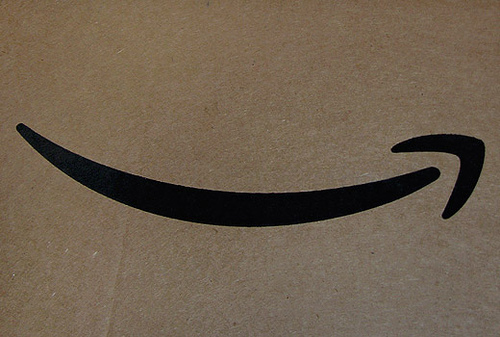 Vanessa Veselka on her first day in Amazon’s Seattle warehouse, in 1999:

Our group was taken upstairs for orientation, where they gave us cookies and Dixie cups full of juice while we listened to motivational speeches by employees with stock options. Today, we rarely think about the language of work because inane job titles have become so ubiquitous. But at the time, having it explained to me (at great length) that I was an “associate,” not a worker or employee, and that I needed to “challenge” myself to think in these terms felt nothing short of Orwellian. Since I was clumsy about it, I often got gently corrected: I did not have managers or supervisors: I had team leaders. I did not work in a warehouse or distribution center: I worked in a fulfillment center.

Veselka wasn’t there for the hourly rate — she was a “salt,” the labor-movement term for someone who gets herself hired in order to recruit union members and organize (of which HiLobrow editor Peggy Nelson is savvy as well). “Salt” is one of several wage-slave words Veselka defines in a piece that also gives a portrait of the corporate culture that sowed the seeds of our latter-day discontent:

In many ways, Amazon is the perfect snow globe of late stage capitalism. You shake it up and watch the pieces fall into place, but no one can call it a natural process. The brilliance of their approach was that they let you belong. They wanted your ideas. They took them and made money off them and paid you $9.50 if you put in some years. But for a generation of latchkey kids, many of whom craved that tribal sense of belonging more than anything, it really was a family.

But then, so was the Medici.

Veselka is a writer in Portland, Oregon; her novel Zazen is published by Red Lemonade (which, in full disclosure, is publishing my book The Sovereignties of Invention this Spring). Her story about Amazon appears at theAtlantic.com.