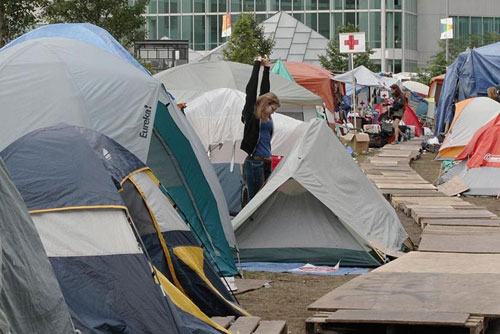 This morning, the #OccupyBoston node of #OccupyWallStreet recorded an unenviable but inevitable first in the #occupy movement; protesters were forcibly removed from a section of the Greenway, a small but linear park system that winds through the city along the now-depressed Central Artery. There are other Boston locations to #occupy: Dewey Square, other areas of the Greenway, perhaps one might suggest Washington and Essex, the site of the now-removed Liberty Tree elm, near Boston Common?

But this morning’s removal was the not-unexpected harbinger of things to come. If the upcoming inclement New England weather doesn’t volunteer the bodies back to business as usual, the authorities inevitably will, if the bodies get in the way. 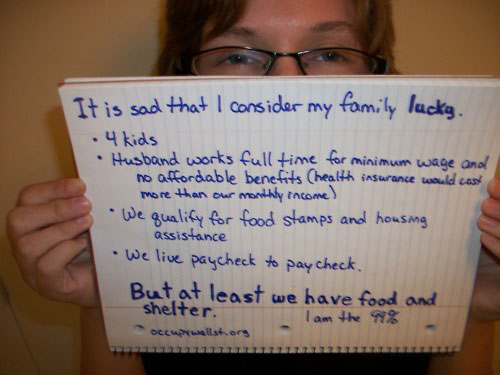 Let’s discuss getting in the way. The #occupy protests have been just what we needed in terms of changing the narrative of normal. No, the economic crisis is not caused by firefighters’ and teachers’ pensions. No, the Masters of the Financial Universe should not be given bailouts and handouts when small homeowners and student loan holders receive foreclosures and lifelong debt. No, it will not create the right kind of (i.e., sustainable) economic boost to open up farmland to natural gas fracking. No, it is not a democratic society when 1% of the population controls an increasingly disproportionate percentage of the wealth, or when the real cost of living has rocketed skyward since the 1960s.

There is no effective action without an effective story behind it, as I learned over and over again during my years organizing clerical workers for the UAW. Protests that raise awareness and posit an alternative/opposing view are absolutely necessary. 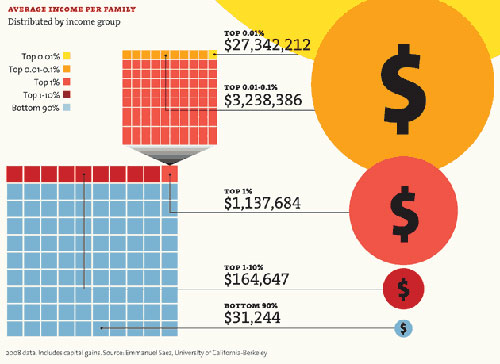 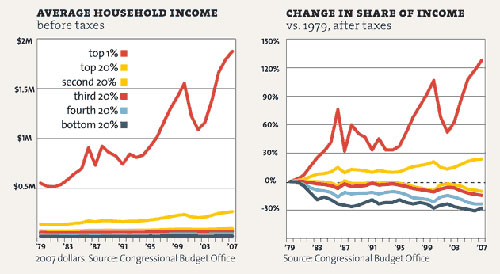 But for all that, the movement now needs to move from #occupy to #organize.

Despite Douglas Rushkoff’s observation that the #occupy protesters are “modeling a different form of community” — and that’s true as far as it goes. True for now, amongst the tents, and the impromptu libraries, and the visits from high-profile speakers. But now doesn’t go far enough. For those models to persevere, and for those models to replace current models, the organizational work needs to be done.

It’s not tech-infused glamour, it doesn’t involve texting and Twitter except as efficient ways to get people together, in person, so they can hammer out their courses of action, convince each other of things, and then have enough people around to actually do the hammering.

And it doesn’t end. One protest; one summer-into-fall; one block signing up for CSA boxes (from farms far enough away from various types of toxic leaching); one resolution in the House and Senate; one extended group of family and friends dedicated enough to live off the grid: not enough. There really is no off, anymore. And there is no one. We are all connected, both virtually and physically, by the giant systems we’ve built that manage and control our environment, our value system (money), and our daily lives. I don’t mean just our jobs and paychecks and various forms of insurance — I mean nuclear families, in houses, with cars, our daily habits. One is not enough. And only organizing is sustainably additive.

Which is not to say that there is no role for tech. In addition to getting people together, for meetings, flash mobs, or other forms of assembly, one would be remiss in not noting that our entire financial system is virtual; computerized. That system was written and encoded, not by another system, but by people. We can encode another. 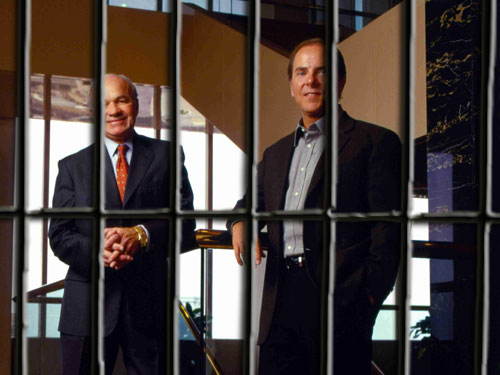 The #occupy movement has now reached the brink of the next phase of protest, the crucial one. So yes, people were pulled off the Greenway this morning. The people’s Greenway, actually. And for all its cynical inevitability, that is bad.

But as Joe Hill would advise: don’t mourn. Organize.