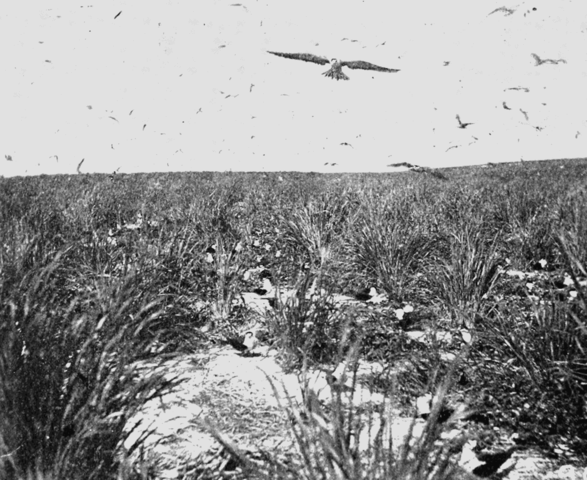 KNIFING and dipping, they roughen the incoming
tide, until suddenly falling one swerves;

Making sharp with the glint and the scale of the sacrifice,
hecatomb wet in the salt-laden wind;

Turtle and albatross, eels ever migrating,
metal and flood and the alphabet taste;

Odorless chemistry, sand repositioning
sand in the spin of it, sand in the waste;

Flocking unmocked by the war spells unburdening
wings that are paralyzed, eyeless they fly;

Knowing undone in the swerve of the afterburn,
pyres of code in the writeable sky.