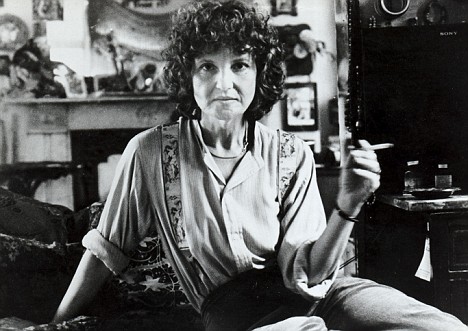 After her death on July 23 of this year, the British press accorded considerable space to a woman known as much for her unrepentant bohemianism as her hip, self-lacerating songwriting. Amy Winehouse? Yes, but I’m talking about American jazz lyricist FRAN LANDESMAN (1927-2011). The coincidence becomes downright uncanny in the light of an unreleased song from 2005 that includes the line “We ought to go into rehab, but we’re too stoned to care,” anticipating Winehouse’s signature hit by over a year. The sentiment isn’t usual for a (then)-septuagenarian, but it’s of a piece with her body of work, beginning with the 1959 musical The Nervous Set, a smash in St. Louis, a flop on Broadway, and the source of two mordant, much-recorded torch songs, with music by cabaret mainstay Tommy Wolf: “Spring Can Really Hang You Up the Most” and “Ballad of the Sad Young Men.” The show itself was based on husband Jay Landesman’s editorship of the Beat-era journal Neurotica; in 1964, the couple decamped for London, where they conducted a highly public open marriage. In her last decade, Landesman wrote prolifically with pianist Simon Wallace and became a frequent perfomer of her own songs and poems on the U.K. festival circuit. Her son Cosmo’s recent memoir Starstruck is frankly disapproving of his parents’ quest for countercultural notoriety, but still: better to appear on the obituary pages as a cult figure at 84 than as a Grammy-winning member of the “Club of 27.”

On his or her birthday, HiLobrow irregularly pays tribute to one of our high-, low-, no-, or hilobrow heroes. Also born this date: Ursula K. Le Guin and Lux Interior.