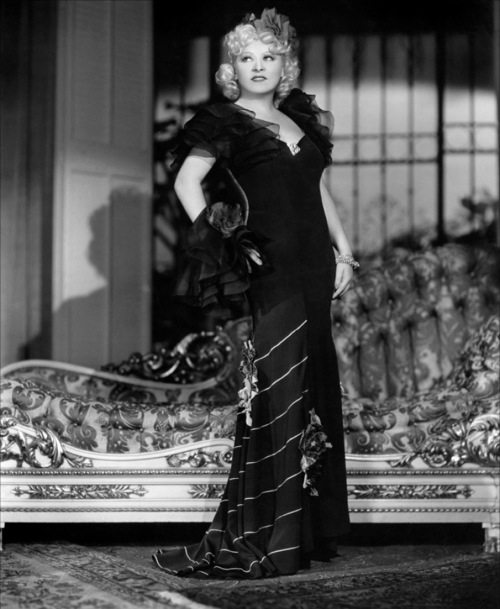 MAE WEST (1893-1980) usually spoke to the press in aphorisms, but occasionally the truth slipped out. “Being an actress and a writer both — that’s the best thing,” she told an interviewer in 1979. “[Y]ou can be anyone you want. You just write yourself the part, and then you play it.” By that time, West had been playing the part she wrote for herself for more than half a century. A born provocateur, her first play, the pithily titled SEX, opened on Broadway in 1926. Her sophomore effort, The Drag (she called it a “homosexual comedy-drama”) never got further than previews after the vice squad shut down SEX in February 1927. But it was with the brassy, voluptuous, double-entendre-cracking title character of 1928’s Diamond Lil that West’s persona was made. Hollywood’s version was called She Done Him Wrong (1933) and it was there that Lil — renamed Lady Lou — first purred “Why don’tcha come up some time and see me,” a line that morphed into Mae’s classic “Come up and see me sometime.” No wonder West later confessed of Lil, “I’m her, and she’s me.”

On his or her birthday, HiLobrow irregularly pays tribute to one of our high-, low-, no-, or hilobrow heroes. Also born this date: Ted Hughes.