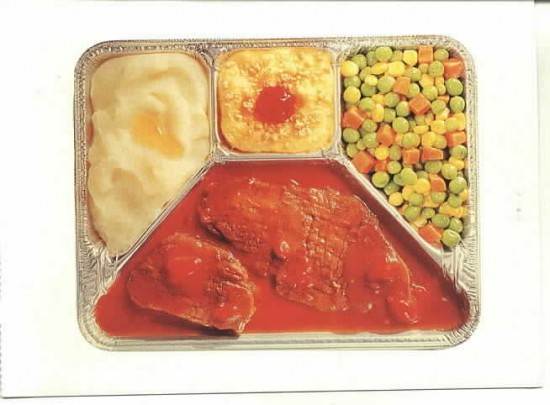 The second season of “The Magnificent Butcher” opened on the Fire! network three months ago with critics predicting that ratings would slide like giblets torn from a free-range hen. The trouble had less to do with the series’ blend of how-to cooking and high-stakes culinary stunts than the vicissitudes of the show’s host, Antoine Belloc. Rumors of a rash of personal problems — including a stint in rehab and an outstanding warrant in Belize stemming from a vicious bonesaw fight aboard Richard Branson’s yacht — had watchers wondering whether the tattooed, knife-scarred celebrity chef would return. But return Belloc did, with a vengeful, almost messianic zeal.

“Butcher,” which moved to the US after premiering in Britain as “Predator Chef,” already had engraged, entranced, and electrified viewers with its bloody, no-holds-barred approach to cuisine — dubbed “culinary objectivism” by wags, who see a kind of Darwinian absolutism in Belloc’s pronouncements from, and wild ways in, the kitchen.

The show’s extremes have attracted an immense following while giving critics ample opportunities to exercise moral high dudgeon. Trailed by Sam Amino, his pasty, smiling, quietly competent assistant, Belloc stomped through a high-flying first season from one outrage to another, in episodes featuring the consumption of raw seal on an ice floe in the Northwest Passage and the butchering of a deer who had enjoyed the gift of a swiftly-snapped neck at Belloc’s own heavy, patterned hand.

With personal complications threatening to torpedo the show, Belloc has worked zealously in the second season to exceed his viewers’ expectations. Along the way he has turned in a performer of wild-eyed brilliance, transforming episode by episode into a kind of culinary Kurtz wandering far up the darkening river of his own foodie fancies.

Belloc has proceeded from outrage to outrage: in the first installment, Sam Amino placidly sliced and fried bacon carved from an heirloom-breed hog fattened during the off-season on the flesh of its own amputated hocks. “The first culinary experts of Europe lived in dangerous times,” Belloc lectured the studio audience over the sizzle and pop of rendering fat. “We consume in a world of pain. It’s only through pain that flavor grows.”

The following episode had Belloc shipping out aboard a Japanese “research vessel”— in fact a whaling ship — where he participated in a vast shipboard bloodiness of butchery. “I’ve looked for ecology in here,” Belloc shouted, standing ankle-deep amidst the spilled-over innards of a Minke whale lying like a great purse cut open. “I’ve looked in here for world peace. And all I have found,” he concluded, shaking a brace of great choice cuts in his fists, “are these lovely fillets.”

But even in peaceable moments, the host’s powerful commitment to culinary truth shone. There was a moment shot over an unusually non-carnal dish of fig compote with cranberries & vodka: Amino brought the bowl of fruit to the table; the figs were soft and syrupy, beribboned with creme anglais. Belloc slit open a fig and held it dripping before the camera. “Look,” he said. “It’s full of little maggots. They’re parasitic wasps. Their parents died sowing their eggs in the flesh of this fruit, stuck writhing in the holes they had cut in the hard new figs with their own pulsing jaws. Remember, friends: there is no prey in all the world. There are only predators, and higher predators, and higher predators.” Belloc slipped the fig into his mouth and tipped his head back as if he were downing an oyster. “And as it is in the boardroom, in the election, on the field of battle, so it is in the stomach: the quest, my friends, is to be the last predator.” As he lectured us, a spray of red liquid splattered the camera lens; it was only cranberry-muddled vodka, but the master chef’s sanguinary philosophy could not have been given more apt decoration.

No one expected the poignant turn “The Magnificent Butcher” would take in the final weeks of the season, however, when Sam Amino — long the placid and blank Sancho Panza to Belloc’s sanguinary Quixote — announced that his mother was dying. In a series of tender video segments, Belloc accompanied his feckless assistant to his mother’s hospice, where he plied the dying woman with sweetmeats and hand-churned chocolate ice cream. In the final segment, the camera cut to the studio, where a quiet Belloc stood alone in a pool of light. “Ladies and gentleman, give it up for Mrs. Amino!” Warm applause died away to a hush as the lights came up on a handsome, simple bed where the prostrate woman lay. It was clear to everyone in the audience at home and in the studio that she was near the end. Sam sat by her side, holding her hand as Belloc drew quietly to his side. And there they remained, frozen, for an agonizing stretch of time. Minutes — hours?— spun by as the woman’s breathing slowed and deepened to a rattle. And there — before millions of viewers — she passed, her son gently clasping her bare arm.

Only then did Belloc turn away for a moment, pulling into view a tray of gleaming knives. Tears sprang from his eyes as he put his hand on Sam Amino’s sob-shaken shoulder. “Your mother was a great supporter of your work on our show, wasn’t she Sam?” Belloc lovingly queried his dogsbody, who nodded blubberingly. “She understood our commitment to a simple proposition: that no taste should be denied, no limits tolerated in the pursuit of glorious food.”

Belloc then turned to address the studio audience, whetting the largest blade on an oiled stone. “Sam’s mother’s dying wish was to offer us a great gift,” he intoned. “The impossible gift, the gift forbidden, but the taste of which our ancestors knew.” And as the studio audience and millions at home watched enthralled, Antoine Belloc demonstrated that his knife skills remain peerless.