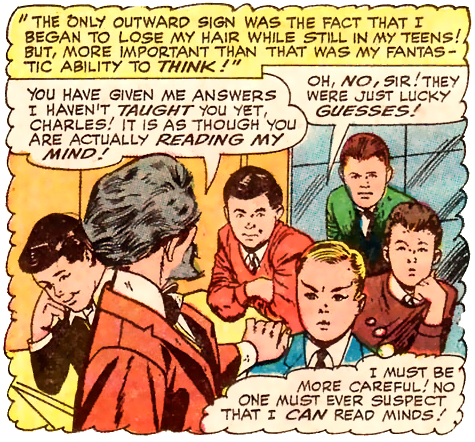 Stephen Burt on the making of a critic:

I’m tempted to say that criticism itself drew me, in the sense that a comic book artist draws the character in the comic book: that I am its invented creature. Resisting the temptation, I’ll say that I grew up indulged, heard and overheard by parents and teachers as I opined on the relative merits of X-Men storylines, for example, or prog-rock albums, and I gradually discovered that other people — even people I had never met!–might read my opinions if I researched them and wrote them down in the right ways. By that time they were opinions about other art works and other art forms, most often and most happily about poetry, although I still have opinions about the X-Men, if asked.

— an aspect of Burt’s rich, sensitive ars critica, articulated in an interview with poet and critic at Publisher’s Weekly. The article’s “dek” warns that Burt is “a bit better-acquainted with the X-Men than you’d expect,” but of course we’re not surprised at all — and as Burt tells it in the interview, you shouldn’t be either. He describes the making of a critic as a matter of generosity and openness not only on the part of parents and teachers, but of the critic-to-be as well — a tuition, I’m tempted to say, in bringing wit and spirit to the discipline of abundance. Burt remembers “reading popular science explainers and language mavens and other explainers of complicated things in clarified, non-esoteric language,” whose explanatory gestures are a kind of generosity as well. “I was storing up models,” Burt concludes, “without knowing why.” For Burt (and for HiLobrow), this openness is encapsulated in William Empson’s advice: “You must rely on each particular poem to show you the way in which it is trying to be good.” It’s a spirit that applies from Jack Kirby to William Carlos Williams — inducing us to drop the “from/to” formulation in favor of a simple “and.”