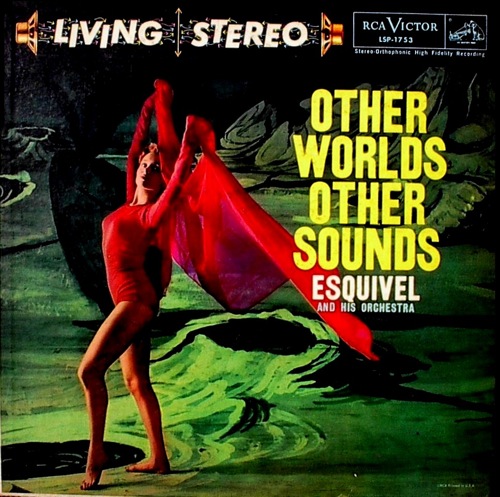 Drop a needle onto any one of JUAN GARCÍA ESQUIVEL’s (1918-2002) legendary mid-twentieth-century recordings and listen in awe as the sound ping-pongs from speaker to speaker: pianos plink and glide, strings zigzag into space, and an unseen chorus croons soothing syllables, then bursts into an emphatic “pow!” Esquivel was a piano prodigy who had his own radio show in his native Mexico at the age of 12; he later honed his idiosyncratic chops backing up a comedian who might ask him to provide “music for a Frenchman walking in Russia.” That he succeeded wildly was underscored when his arrangement of “Sentimental Journey” was performed by an office suite in a delightfully surreal segment of an Ernie Kovacs special in 1961 . Though known today as the king of “space-age bachelor pad music,” Variety once noted that “Esquivel is to pop music what Aaron Copland is to serious music, or what John Coltrane is to jazz.”

On his or her birthday, HiLobrow irregularly pays tribute to one of our high-, low-, no-, or hilobrow heroes. Also born this date: Federico Fellini.