The futurist blog Singularity Hub is about seven and a half minutes ahead of the rest of us — and it’s so cool and exciting up there!

This week they’re excited about this hairwashing robot, which Panasonic debuted at the Home Care and Rehabilitation Exhibition in Tokyo.

If this is a robot, then robots have been drying hair in salons since the mid twentieth century. 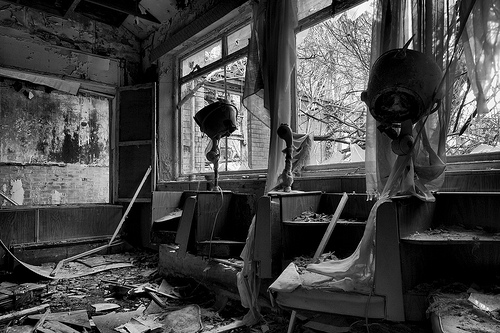 (Holy crap, look what the hairbots did to that salon!)

But to Aaron Saenz at Singularity Hub, Panasonic’s lathering hairbot represents a big step. Back in the 1980s, he avers, “water was like a scifi robot’s kryptonite”; today, “if you splash a bot it’ll probably just assume you want it to give you a shampoo.”

But robots, like the famous Titanic-touring Jason, have been going underwater since before the 1980s, and autonomous submersibles are widely used by oceanographers, petroleum companies, and the military. Of course, they don’t condition. 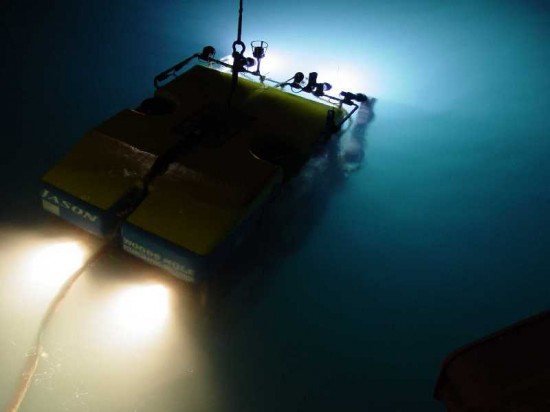 Maybe this just means that if you splash a bot, it will assume you’re an undiscovered species of cephalopod and put you in a specimen jar.

It’s interesting, by the way, how the development of “robots” like the Panasonic hairwasher necessitates a proliferation of para-robotic accoutrements like the built-in splashguard visor. (It’s unclear what kind of mishap the recliner’s sickly green body shield is meant to prevent.) Room-cleaning robots need open floors and targeted base stations; lawnmowing bots must be fenced in with perimeter wires. As robots are developed to tend and care for our bodily needs, we’ll harden ourselves into dumborgs festooned with targets and shields. Progress in robotics will be as much about streamlining and miniaturizing these dumborgian safeguards as it will be about advancing cybernetic features.

Will we get to the place pictured in the advertisement below, where robots run the Paris-Dakar rally to the delight of thronging dumborg fans? And if so, what will all the human racers do instead?

Maybe they’ll be getting their hair done?