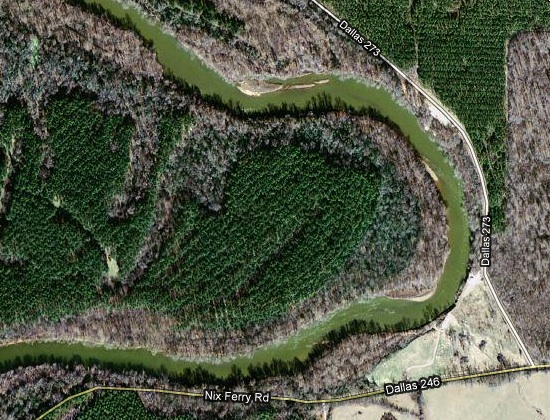 William Least Heat-Moon drove his van into the landscape of American letters with Blue Highways, a layered, pensive work that spent much of 1982 and ’83 on the bestseller lists. It was a latter-day book of revelations; its author took to the road with a soul tuned to the stirring of myth and parable in common lives and lost places and an ear aimed at the great roots and trees of sense made by the sound of intertwined words. In the Middle America Least Heat-Moon travels, epochs mingle: there are the fears and resentments of the far-flung Appalachian diaspora, the ways and means of a bureaucratized and overdetermined modernity, and the wild, weird, mythopoetic past of the author’s own forebears in the Osage tribe. His is a past peopled not with romanticized versions of forest sages but with misfits, rogues, and tricksters whose world-making power rises out of an all-too-human confusion.

In the subsequent book PrairyErth, Least Heat-Moon explored the rich rootedness of place he discovered in the unassuming topography — the “deep map” — of Chase County, Kansas. Like his first book, it unearthed the misdeeds, hopes, and longings that work themselves into the very soil. River Horse followed, a post-9/11 journey by watercourse, plying rivers and canals to see places not visible from the road. In Roads to Quoz, Least Heat-Moon sets out once more by road and river across the warped, river-laced continent with a depth of feeling engendered by the jumbled accumulation of text, habit, and heartbreak.

What is Quoz? Is it a question or a quibble, quiddity or quintessence? In the Oxford English Dictionary, “quoz” is an obsolete insult of mild quizzical contempt — the sort of word one might pin to a traveling stranger asking too many questions. “When mischievous urchins wished to annoy passersby,” an early-20th-century source avers, “they would look the stranger in the face and cry out ‘Quoz!’ ” To Least Heat-Moon, however, quoz stands for the enticing, the possible, the mysterious back-of-beyond that lies just over the horizon. It foremost is a nonce word, a found word, which Least Heat-Moon picked up like a fossil-bearing rock to carry on his journeys, noting that it rhymes with Oz, that troubled realm conjured by the mind of another fevered plainsman. Offering a taste of Elizabethan thief’s cant or 17th-century utopian fiction, absurd and optimistic, it is ultimately less a place than a quality or a mood, one that marbles these tales and reminiscences of wayward strangers, that tinges the skein of highways with a flushed hue of frustrated possibility. Its avatar is Least Heat-Moon’s partner and traveling companion, Quintana (Least Heat-Moon calls her Q). A lawyer by training, she’s inquiring and engaged, alive to the sources of power and proscription that batten themselves on the frustrated hopes of the cooks, artists, farmers, and river pilots they meet on their travels.

The early journeys in Roads to Quoz are attempts to retrace the route of William Dunbar and George Hunter, whom Thomas Jefferson sent to explore the Southwest when Lewis and Clark were lighting out for the Columbia. But their mission proved abortive; “Dunbar’s limited success,” Least-Heat Moon avers, “added an element of intrigue to our path.” Dunbar and Hunter sought mineral wealth in northern Arkansas; in their wake they left a diamond mine that, Least Heat-Moon tells us, is the only one in the world open to the public: “not a shaft but a plowed field where one can lay down a few bucks and take a shovel out into the scrapings.” Least Heat-Moon concludes that this tourist-trap diamond hunting is a version of what he and Q are after: “scratching about among the tailings of those before us in hopes of coming upon a gem of a quoz to adorn a chamber of memory.”

Least Heat-Moon’s work reminds us that not all of history is victory and acclaim, and that the work of discovery is more personal and never-ending. Here, letters from long-forgotten authors and wanderers arrive bearing no return addresses; gnomic pre-Socratic utterances ring out in empty daytime honky-tonks where artists and dreamers regale Least Heat-Moon with accounts of unrequited dreams. Old tales of dashed hopes end in murders and mysterious disappearances, which the analytic Q coolly parses while Least Heat-Moon conjures pain, fear, and lost heat.

This America is the same one plumbed a century ago by Edgar Lee Masters, whose Spoon River Anthology charts the losses, hopes, and delusions the turned earth covers over. But while Quoz is a sunset journey, it’s more than mere elegy; and Least Heat-Moon is awake as ever, his attention keyed up. Driving along roads cut through the Ouachita Mountains of northern Arkansas he notices the “tortured crumplings” of sediments visible in the road cuts that tell of the “terrific compression” that piled the region up out of a shallow sea some half a billion years ago. He notes that the lack of an interstate highway running north to south through the region is due to these epochal foldings, ancient geology determining modern transportation policy — deep maps indeed. These landscapes are both ancient and unfinished, always becoming; perhaps this is why Least Heat-Moon prefers the revealing power of the unfinished, the half-baked, the frustrated.

Like Dunbar and Hunter, Least Heat-Moon is blessed with a short attention span, and his distraction is his readers’ delight. The trajectories of Roads to Quoz spread out across the continent, tracing migratory routes and watershed meanders. The land and its waters are scored and ravaged, worn down and shifted out — just as they always have been. Least Heat-Moon’s deep map accommodates these changes; his sensibility takes in the land and its inhabitants neither conditionally nor ideally but in all their predicates, be they faultless or fumbling. In the end Least Heat-Moon reaches out past Osage myths and Anglo dreams to invoke Hermes Trismegistus, avatar of the primordial god of the road, who knows that the world with all its faults is nothing less than “the unexcelled all,” an “infinite variety of sundry forms” which we in our partial sight are doomed to “scorn and reckon nonsense.”

With this prophecy in the offing, Least Heat-Moon and Q finally float as far as Rachel Carson’s “Mason-Dixon line of the sea,” the estuarine zone where the Gulf Stream collides with the Labrador current off the Carolina coast. There, Least Heat-Moon writes, where the solid continent gives way to “a spongy maze of runnels and gutters . . . a slender realm of fluvial and marine emergence,” one finally finds “a few leagues of a kingdom come, a land of quoz rich in native booty.”

A version of this essay appeared at the Barnes & Noble Review on November 10, 2008, in review of Roads to Quoz, by William Least Heat-Moon. It appears here as the sixth in a series revisiting Matthew Battles’ reviews for Barnes & Noble.