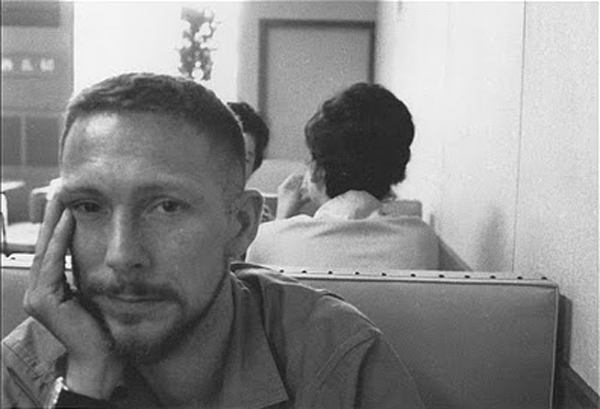 “They don’t get what I say,/& I don’t talk their language.” Thus poet, essayist and environmental activist GARY SNYDER (born 1930), translating Han Shan, the T’ang Dynasty Chinese mountain mystic and dedicatee of Jack Kerouac’s 1958 novel The Dharma Bums, whose hero is one Japhy Ryder, a serious yet joyous young man who gets the work done, properly; he’s great. Snyder, who was Japhy, is today fifty-two years greater, his work undiminished with time. Both men, the character and his inspiration, came from the Pacific Northwest enthralled with books, nature, Native America and physical labor. At Reed College — where his classmates included poets Philip Whalen and Lew Welch — Snyder studied anthropology and literature and taught himself zazen; summers he spent working: trail crews, fire lookout, logger. Moving to San Francisco in 1952, Snyder studied East Asian languages at Berkeley and met anarcho-pacifist polymath Kenneth Rexroth, and through him Allen Ginsberg, causing much confusion over who’s “beat” (Snyder’s not). In May 1956, he boarded a Japan-bound freighter to study Buddhism and his first book, Riprap, was published in Kyoto in 1959. A decade of yo-yoing between East and West followed, with Snyder returning to California in 1969 to settle. Soon he wrote — and gave away — the mischievous “Smokey The Bear Sutra.” Some in the other East didn’t understand. “The New Yorker queried me about it,” Snyder recalled, “and when I told them it was both free and anonymous, they said they couldn’t publish it.”

On his or her birthday, HiLobrow irregularly pays tribute to one of our high-, low-, no-, or hilobrow heroes. Also born this date: Edmund Wilson, Tristan Jones, Roberto Rossellini, Don Rickles, Thomas Pynchon.