Putting the I in iPad

Is the iPad just a giant sex toy? A closed circle of smooth, nonthreatening, endless play, “deeply satisfying” in the words of one-half of a recent New York Times article? Is it a win for the Tyrell Corporation and a blow to DIYers everywhere? Ignoring the creaky gender politics of the debate (are you the “deeply satisfied” consumer, reclining passively in the afterglow of extensive device play . . . or are you the heroic maker, penetrating deeply into the machine, bending it to your will . . . ) — entertaining, but I’m ignoring it because neither side is actually present. Makers and consumers aren’t types of people, they are behaviors, which we all manifest at some point or another, sometimes together.

And it certainly doesn’t break down along IT lines, as Cory Doctorow has pointed out. Some of the most slavishly consumerist and corporatist behaviors are exhibited by developers designing apps and games, and not just for phones or iThings, but for any device (full disclosure: I design apps and games at my day job). It is easier to engineer to the system than to redesign it every time: just assign us the overall structure so we can get on with it. 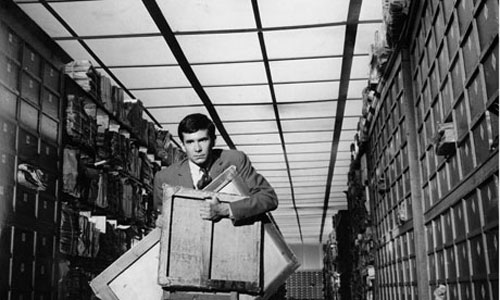 But widgets are still trapped in their cells, an endless catalogue of “things that fit.” The heroic stance of the maker is not generally enacted by the programmer, unless we redefine programmer to mean the programming of ideas— which don’t get too far if they’re in a box, even one with rounded corners. Besides, “people who use technology” is more or less everybody, and isn’t limited to computers — what about cars, clothes, agriculture, pills, ideas? Technologies all, and everywhere.

I do have an iPhone. It’s my own personal communications satellite, connecting me not only with other people but with the flow itself. It works partly because it fits in my pocket. Bigger? Not so much. Now, maybe once it folds, or, better: once it is a disposable hologram in the air . . . the next step is not bigger, nor smoother, nor the Modernist manipulation of desire between glossy black and glossy white. The real next step is eliminating the device altogether: a communications satellite minus the satellite. 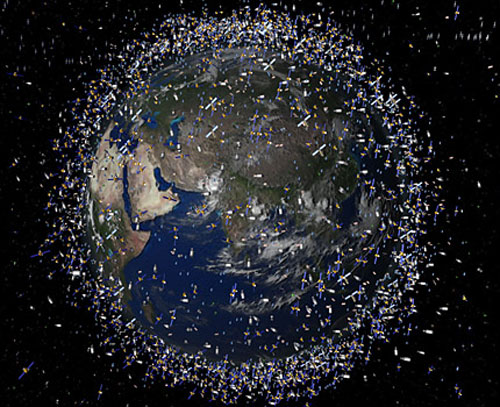 Imagine the signals and traces: virtual space junk orbiting around each of us, the shards of Friendster and old DOS-based BBS, YouTube videos sunning themselves in the periphery, email and blogs and Twitter streams in a state of continual update, all floating about in lazy ellipses. Not universally visible, but sensible. We still can’t see into each other’s minds, but we’re going to externalize absolutely everything possible, in the hopes that even if no one is looking in, we’d all better be looking out. 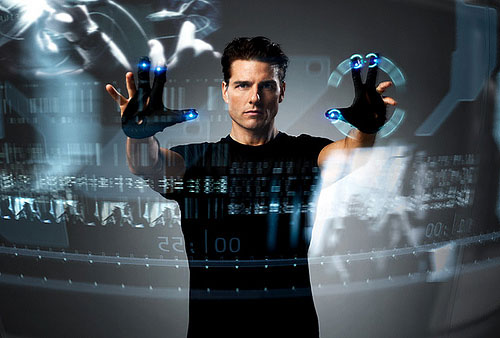 It’s impossible of course. Not the epiphenomenal dualism of it — that is possible, that is always already here — we know that content is not that tightly bound to devices. I mean that eternal sunshine of the spotless mind, whether inside or outside of your head. There is no pure unmediated state. The mind and the call are woven through, with imagination and desire, with dreams and memories, with narrative fragments and scurrying clusters of reason, with the chemical residue of action and the sheer syllables of thought. 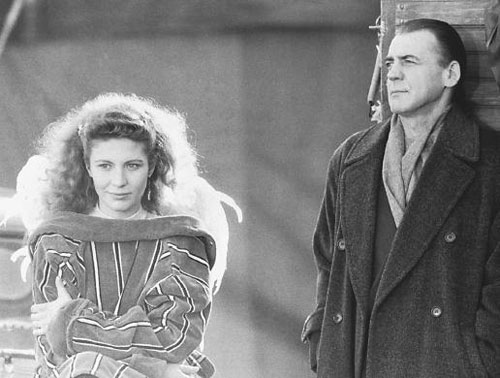 And what if you could hear everyone’s thoughts, or even anyone’s? You’d be a sad angel in an overcoat (or turtleneck), banned from shuttered libraries, tethered to heartbroken devices, hovering at pockets, overwhelmed by fragments, compelled to listen and unable to create. You would be — the ultimate consumer.

I have loved you after my fashion, Ellen. I can tell you so because you can read it for yourself. But, Ellen, neither business nor society is possible without thoughts that are not disclosed. And marriage, above all things, is impossible without thoughts that are not disclosed. It is unthinkable, Ellen. And even if you find the holiest of men, don’t marry him as long as you can read his thoughts. A little illusion is the only bond between mortals that never breaks.

[“Eternal sunshine of the spotless mind” quoted from Eloisa to Abelard, by Alexander Pope, 1717]