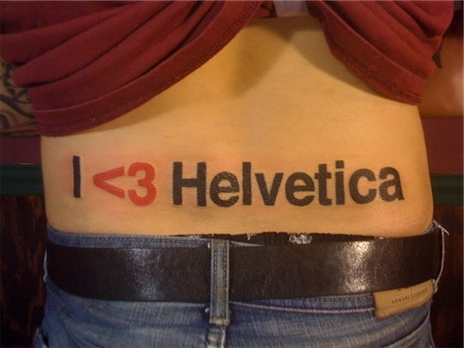 Over at the group philosophy blog Crooked Timber, John Holbo is conducting a discussion of sans serif type and its connection to twentieth-century Modernist art and design. The post’s lengthy comment thread captures a vital conversation not only about type and modernist design, but about the nature of knowledge.

Typographer, designer, and author Robin Kinross, offers a severe critique not of the ideas Holbo is advancing, but of his right to them. Kinross, who edited one of my favorite books on typeface design (Fred Smeijers’ Counterpunch), expresses a particular concern with Holbo’s focus on letterforms and fonts. Typographical aesthetics are a compound of several elements, Kinross argues — page dimensions, leading and letterspacing, and mise-en-page, to name a few — but the advent of word processing and desktop publishing have promoted a naïve prejudice in favor of the font as the basis of design. He’s clearly miffed about the populist nature of design these days, and considers the likes of Holbo to be interlopers in a highly developed craft that takes years of practice and study to master.

I read Crooked Timber, now and then, for informed comment about what’s going on in Belgium, or the disputed Lancet statistics of the dead in Iraq since 2003, to take two examples. I don’t read it for someone (this is brutal, but it seems true) conducting his education in public about a rather rarified field of activity. But since the DTP explosion of the mid-1980s, everyone, as the saying goes, has their favourite font, and many people have views about fonts, and some of them sound out in public about it.

John Holbo’s work as a philosopher is rigorous and highly sophisticated; he’s also a prodigious academic blogger, active in the heady company of Crooked Timber and the very special “literary organ” The Valve, where he is editor-in-chief. We at HILOBROW are also impressed by his inventive and original approach to design and illustration (with the holidays approaching, you should know that his Ernst-Haeckel–inspired greeting cards are not to be missed).

As an academic, John Holbo takes a risk when he jumps into fields in which he’s a learner — the risk of being wrong, of looking unlearned & unserious. It’s a risk we wish more professors would adventure. We’re grateful that John Holbo is interested in type, glad that he’s willing to conduct his education in public.

There was a time not so long ago when most people couldn’t have told a font from a fountain; enthusiasm raises all boats. We continue to value the mastery of craft exemplified by Robin Kinross. But we’re all makers now; we had better get good at it.