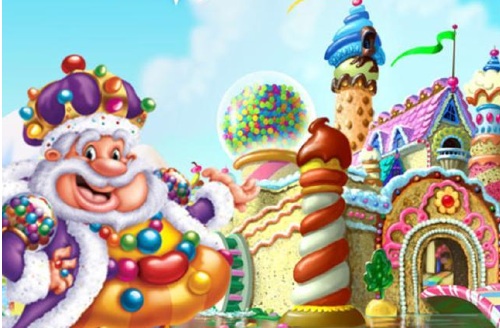 I have written about Candyland in another connection. But until yesterday I hadn’t played it in ages. While we waited for the button on the turkey to pop, a session of Monopoly erupted. This is a game my daughter and I cannot abide. So we broke out the Candyland instead.

My earlier Candyland story had been prompted by the deterministic nature of the game, which drives some people up the wall. Steven B. Johnson excoriated Candyland at boingboing.net:

It says you are powerless, that your destiny is entirely determined by the luck of the draw, that the only chance you have of winning the game lies in following the rules, and accepting the cards as they come. Who wants to grow up in that kind of universe?

I think that’s a bit much, however. For kids of an appropriate age, beyond the pedagogically obvious stuff about learning to take turns, &c., Candyland is a means to discovery. What will happen next? Once the cards are shuffled, the game is already played; through the ritual of turn-taking you learn what the cards already know.

Now I want to write a book in Candyland form, with each sentence on a card — shuffle the cards and get a new book, or the same book in a different state. The outcome might read like Ralph Waldo Emerson or Roberto Bolaño — it’s curious how thinking about books this way exposes a similarity between these two radically different authors.