WHAT’S A HILOBROW to wear? This is the question that bedevils me. When preparing to leave the workforce last year, I anticipated with relish the sudden sartorial liberation. No more ties and coats and codes! But then I wondered: how to express my newfound freedom? Rip the too-short sleeves off all my plaid shirts? Unleash my feral self in acts of costumed signification?

But I’ve been at a loss, alas. Too late I’ve realized that my unconcerted attempts to “be myself” carry all the panache of a mussed Moosbrugger or a slightly-risque Roskalnikov, less inspiring than cringe-inducing. And downright unheimlich! Bitter reminder that in this traverse of the abyss called life there’s only always already inauthenticity. Then last week, an ironic epiphany: no longer working in an office liberates me to wear suits if I wish, to reconceive professional attire not as uniform, but as costume.

Such thoughts arrive in an access of nostalgia. Mid-twentieth-century writer-types knew the codes, and how to play with them. The hats! The ties! The spats! The palette was infinetely varied, the possibilities positively musical.

But ah, for the committed hilobrow nothing’s ever so simple, no matter the era. Take the case of narrative journalist nonpareil Gay Talese, for example. Few writers alive today are so well turned out as Talese.

For an even more dapper take, see how Talese dresses for his role as “professional eavesdropper” for a New York Times piece about the Circle Line cruises (hint: blending in is not his modus operandi).

Here surely is the answer! For in comportment as well as prose, Talese is a grand exemplar. But when I read the opening of Katie Roiphe’s interview of Talese in the current Paris Review, my hope came undone like an inexpertly-cinched four-in-hand:

TALESE: Usually I wake up in bed with my wife. I don’t want to have breakfast with anyone. So I go from the third floor, which is our bedroom, to the fourth floor, where I keep my clothes. I get dressed as if I’m going to an office. I wear a tie.

TALESE: Yes. I dress as if I’m going to an office in midtown or on Wall Street or at a law firm, even though what I am really doing is going downstairs to my bunker. In the bunker there’s a little refrigerator, and I have orange juice and muffins and coffee. Then I change my clothes.

TALESE: That’s right. I have an ascot and sweaters. I have a scarf.

Sorrowfully I confront the fact that I haven’t got the energy — much less the closet space — for such sartorial rigor.

Later in the interview, Talese describes how his upbringing in his parents’ tailor shop influenced not only his sense of style, but his working methods: to this day, he writes on cut-up pieces of the shirtboards drycleaners use to stiffen laundered menswear.

Perhaps hilobrow fashion flows not from calculation, but from one’s own background — to expand the ageless formula by wearing as well as writing what one knows: 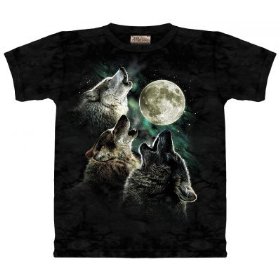 Forget rooftops: I shall wear my barbaric yawp! Some hilobrows may snicker, but the die is cast. As for working methods, it’s no more wordpress for me. From now on I’ll be pissing my notes on rocks, clawing my posts into the bark of the very trees.