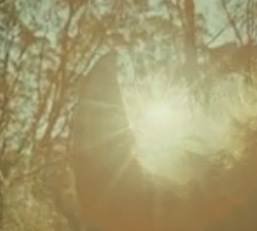 Lars von Trier’s forthcoming film ANTICHRIST will debut at Cannes this May. Von Trier may be hilobrow material, although the gravity of his reception has dragged him perilously close to middlebrow zones. If the trailer of ANTICHRIST is any indication, von Trier may finally be locked in a high-middlebrow-nobrow [i..e., quatsch] trajectory — or perhaps he’s reached escape velocity.

Willem Dafoe and Charlotte Gainsbourg star as a couple who grieve their dead child by retreating to a vacation home in the woods, where the beasties within come crawling out. “Nature,” says Gainsbourg’s character, “is Satan’s church.”

One suspects the forest becomes a trite symbol of a remote evil only once we no longer have to struggle in the woods for the stuff of our survival. Like the mountains, material comfort renders them sublime and terrible. Before that stage is reached — for most of human history — the edge of the woods is a more permeable boundary, and the shadows of the trees hold dangers that are both more intimate and more likely to come to fruition. If Voltaire was right about tending our own gardens, maybe we have to let our interior forests grow a bit rank as well.

Maurice Sendak’s Where the Wilds Things are remains one of the great figurings of the woods that live within us. And guess what? Now it’s going to be a movie, too, directed by Spike Jonze:

I once accompanied Maurice Sendak on a visit to Harvard’s Houghton Library, where he came to look at books illustrated by the great Randolph Caldecott (1846–1886). At the end of one story, Caldecott’s plate showed a lost boy sleeping in a clearing in the woods while various wild creatures — badgers and foxes, rabbits and deer — peer at him out of the gloom. The caption read, “and the animals came to watch over him.” “Yes,” Sendak purred as he regarded the image. “Or maybe they were just feeling hungry.”